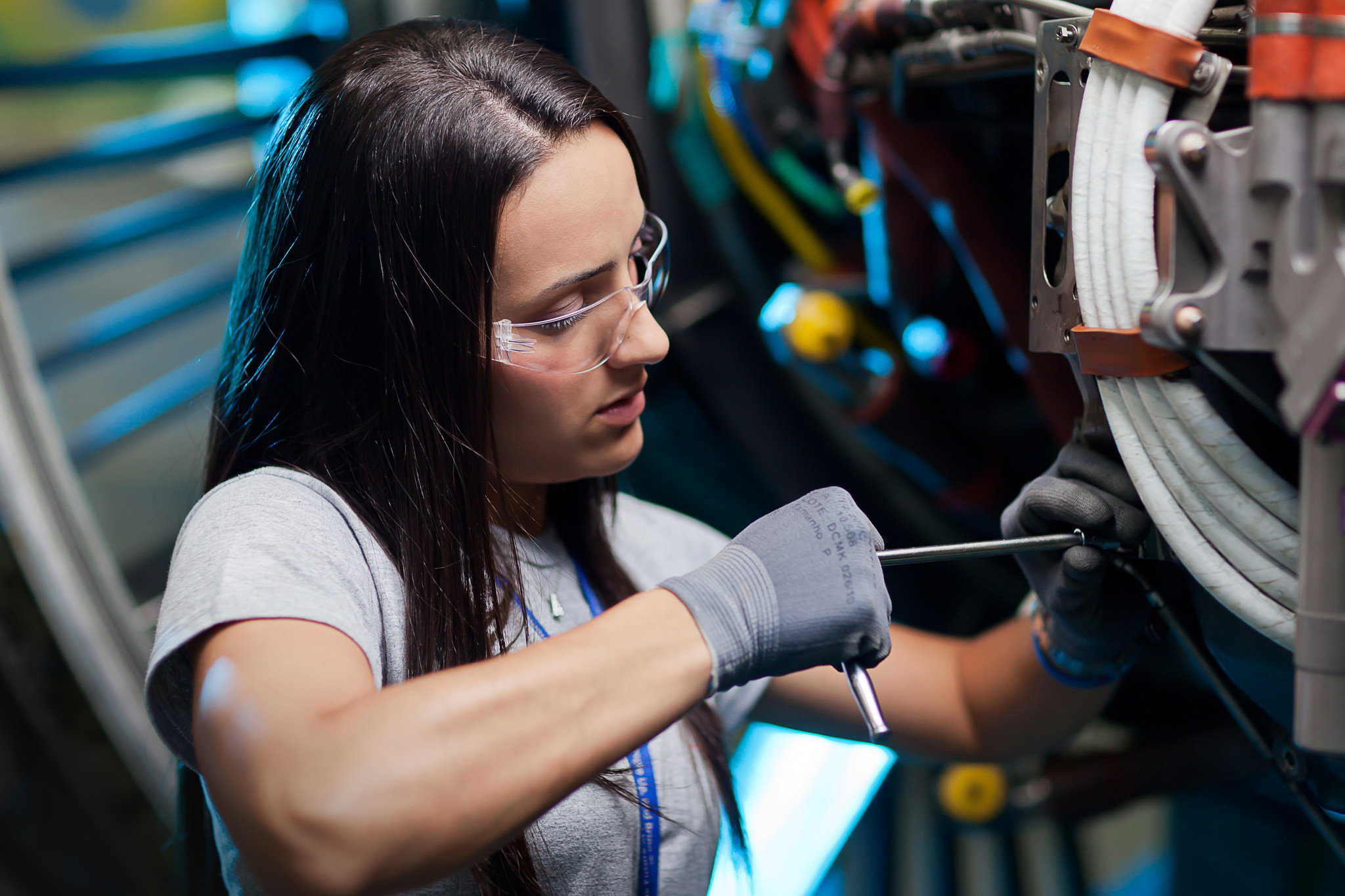 On Tuesday, March 8th, during the International Women’s Day, EDC participated in the inaugural Science Cafe meeting of the Institute of Aviation, “Pilotki, lotniczki, inżynierki. Pasja, talent, odwaga” organized for students. The main purpose of the meeting was to present the achievements of women who reached success in science, business and technological areas. EDC was represented by Dorota Doroń-Okoń, who is an Aviation Manager in GE Company Polska. Dorota lectured about her self-realization and career development.

The second part of the event was a special edition of “Pani Inżynier w Pracy”. This is an external meeting traditionally organized by GE Women’s Network organization. It is dedicated to all women interested in engineering and technological field. This time, Dorota Dorn-Okoń was talking about engineer’s work at GE and EDC world. The participants could find out how a woman engineer can build her own technical and managerial career path and how to get around this male labor market.

After the lectures and common discussions there was also an opportunity to visit the newest Gas Turbine Center laboratory.

“We hope that such meetings could help all women to connect and inspire each other in their professional life. We debunk stereotypes, we break down our own barriers and we want to show all ladies interested in science that the work of a pilot or an engineer is interesting and that it can be successfully performed by a woman.” – said Danuta, GE Women’s Network Warsaw Hub Co-Leader.

The Institute of Aviation meeting was organized under the Honorary Patronage of the President of the Republic of Poland, Andrzej Duda.