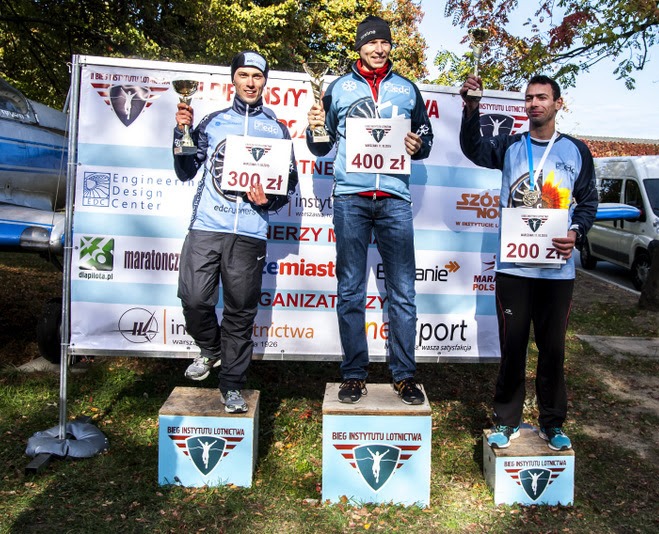 Drugi Bieg Instytutu Lotnictwa (2nd Institute of Aviation Run) is behind us! On October 11th, 500 participants, including 100 members of the EDC, took part in the 5.235 km run and were fighting for the podium. Sunny weather and an excellent sporting atmosphere were fostering competition to achieve good results. The event was initiated by EDC’s HealthAhead team and sponsored by the Institute of Aviation.

“I’m amazed how EDC runners have raised in numbers in the past years. As far as I know, in 2008 Bartosz Matczak was the only person actively running. Since that time we have gathered dozens of running engineers, which is great. Comparing tables of personal best records we can notice great progress every year, we achieve great results in many running events: marathons, 10k runs, relays. It’s amazing that Institute of Aviation came up with an idea of its own race on the premises of our workplace. This year we have had the second edition of the race and I’m hoping that it will be repeated every year helping our employees and their families to keep healthy, sporty and fit.” – said Radek, EDC engineer.

This year’s edition also gathered participants who have just started their adventure with running.

“It was my first running event and what is more, it was the first 5k run in my life. That was really a new experience for me and I am very happy that I took part in such an event. The atmosphere was amazing. I would like to say thank you to the EDC Runners team which motivated me to participate in this competition. I feel good that I was able to complete the full distance. I used to think that running was boring, but crossing the finish line at the end of the race changed my mind. I‘m sure that I will take part in the third Bieg Instytutu Lotnictwa next year.” – said Michał, EDC engineer.