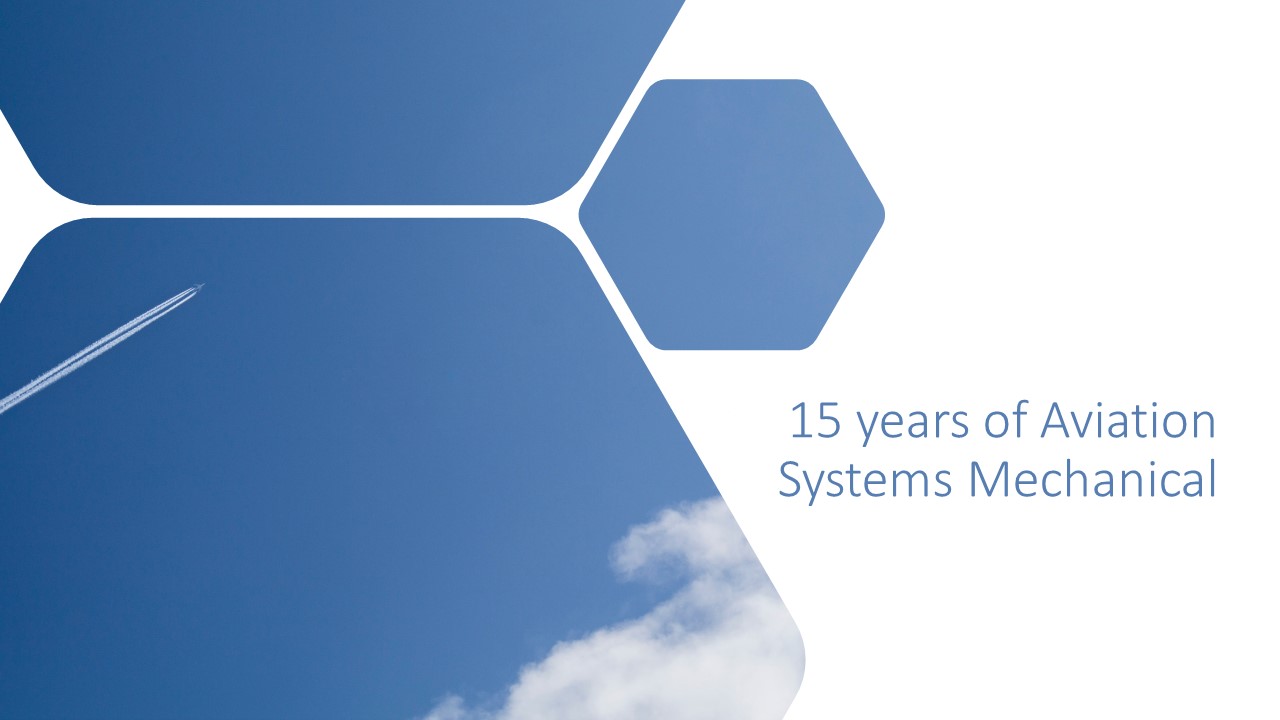 ASM Section was established exactly 15 years ago, on August 11th, 2005 and from the beginning has been an important part of the Engineering Design Center, bringing together staff specialized in designing state of art aircraft structures and engine externals.

The founding fathers were Piotr Kuliński, Marcin Mokrecki, Jerzy Gawron and Andrzej Wójtowicz with Krzysztof Połomski as the Leader of the group.

A year later, in 2006 ASM became an independent Sub-Section with Piotr Kuliński as the manager and only 4 years after, in 2010 the team was raised to the rank of a separate business. It was called Aviation Systems and the head of it was Paweł Stężycki – current Director of the Łukasiewicz Research Network – Institute of Aviation.

From the very first day, until April 2019 ASM engineers have cooperated with MRA Systems. The cooperation started with a creation of Nacelle CF34-10A for ARJ-21 aircraft and Thrust Reverser for GEnx-2B Engine in 747-8 aircraft. Since April 2019 the team has been cooperating with ST Engineering MRAS, which is the first EDC’s client outside of GE structures.

For 11 years ASM was cooperating with GE Hamble (2009 – January 2020). Our team brought together engineers, who were working on the largest project – design of wing fixed trailing edge composite and metal elements of two innovate airplanes, Airbus A350-900 and 1000.

In 2013, the Avionics and Digital teams were created within the section. After three years they developed their structures to become a separate business with Paweł Zakrzewski leading them. Since the end of 2014 the ASM team have been cooperating with Dowty Propellers – a leader in the design, development, manufacture and support of electronically controlled, all-composite propeller systems. Together with Dowty they took part in project related with various propellers system used in commercial airliners (MA700) and military airlifters (C-130J) to multi-role seaplanes (C-27J) and marine hovercraft (LCAC & SSC).

During these 15 years Aviation Systems Mechanical business has been continuously cooperating with many GE companies like: Unison Elano, TDI, GE Cheltenham and EPISCenter. From the very beginning members of that team have been designing various composite and metal structures that are part of many modern aircraft across the world. “I can boast about our contribution among other in Global 7000/PP20, Comac 919, Airbus A320 neo, Boeing 777x, Cessna Denali”, said Kamil Milanowski, Senior Engineering Section Manager of the ASM. “We are all very proud of the whole 15 years of the team”, he added.

Coronavirus pandemic is not best time for celebration, but we would like to congratulate each and every one who contributed to the fantastic 15 years of Aviation Systems Mechanical.