The Institute distinguished our success in an industrial sector and its positive impact on Poland’s society and economic growth. The Institute applauded GECP as a forerunner of innovation in Poland, operating the Engineering Design Center in Warsaw in partnership with Łukasiewicz Research Network – Institute of Aviation and the company’s high social responsibility standards demonstrated through GE’s Scholarship Program, organized in cooperation with the Polish-Slavic Federal Credit Union, under the patronage of the President of Poland Andrzej Duda.

– Receiving this award is a great honor not only for me, but for the whole GECP – said Marian Lubieniecki, Chairman of the Board of General Electric Company Polska – Nearly 20 years ago when we were establishing Engineering Design Center there were nearly a few of us. After 20 years EDC is one of the biggest engineering hubs not only in Poland, but in Europe. Today we employ 1500 highly qualified specialists, we have 10 world-class research laboratories and access to cutting-edge technical solutions. Today Polish engineers don’t have to live abroad to create state-of-the-art technical and industrial solutions that are being used all over the world.  Creating and promoting innovative products is a great way to boost Poland’s significance in Europe.

One of our distinguished guests during the award gala was Mohamed Ali, Vice President of GE Aviation Services Engineering who also applauded GECP’s success. – It’s wonderful to see that 20 years of contribution, in not only Polish and American, but world aviation industry, has been noticed with this award. This anniversary just highlights the fantastic time we have behind us and shows us that we have even brighter future ahead of us. Last year we celebrated 100 years of GE Aviation. GECP plays a huge role in the GE ecosystem. Without you GE wouldn’t be the same – marked Mohamed Ali. He also said that there are technologies that are being developed in GE in only two countries in the world – USA and Poland. – On behalf of GE I’m proud to say that EDC is a hub that harbors these projects – he added.

During the gala Minister from Chancellery of the President of Poland, Zdzisław Sokal congratulated on behalf of the President Andrzej Duda all employees who over the years contributed to GECP receiving this award. During his speech minister Sokal noted that the Polish aviation sector has a huge potential for the countries economy. – In Poland there are currently 25 large companies in the aviation sector with traditions often dating back to the interwar period. It’s over 17,000 jobs for highly specialized personnel. Their work generates annual revenues of EUR 1.5 billion. If we add a huge network of subcontractors, it’s more than 100,000 jobs. Neglecting this area is not only a great lost potential for our country. According to the report of the International Air Transport Association (IATA), if we do not focus on competitiveness in this area, we risk losing 40,000. jobs. This shows that continuous efforts in this sector are worth it. Especially looking at the example set by Polish aviation engineers, who every day create innovative solutions used in aircraft around the world – said minister Sokal. He also added that president Duda holds in great  esteem projects in the area of research and development. – We encourage you to continue your work in this regard. Minister Sokal also thanked GECP for the GE’s Scholarship Program created under the patronage of the President of Poland Andrzej Duda.

The gala at the Royal Castle in Warsaw was also attended by: Tony Housh, President of the American Chamber of Commerce in Poland, John Armstrong, Economic Counselor at the US Embassy in Poland, representatives of local governments form Mazovia and Podkarpackie and many other distinguished guests.

Józef Piłsudski Institute of America is a not-for-profit organization incorporated in the State of New York. Main goal of the Institute is to preserve and promote Polish national heritage as well as its history and culture in the USA. Each year Institute presents Corporate Catalyst Award to an American company that invests in Poland and had significant impact on not only economy but also Polish society.

If you want to know more about Polish-American history we encourage you to read an interview with president of Józef Piłsudski Institute of America. 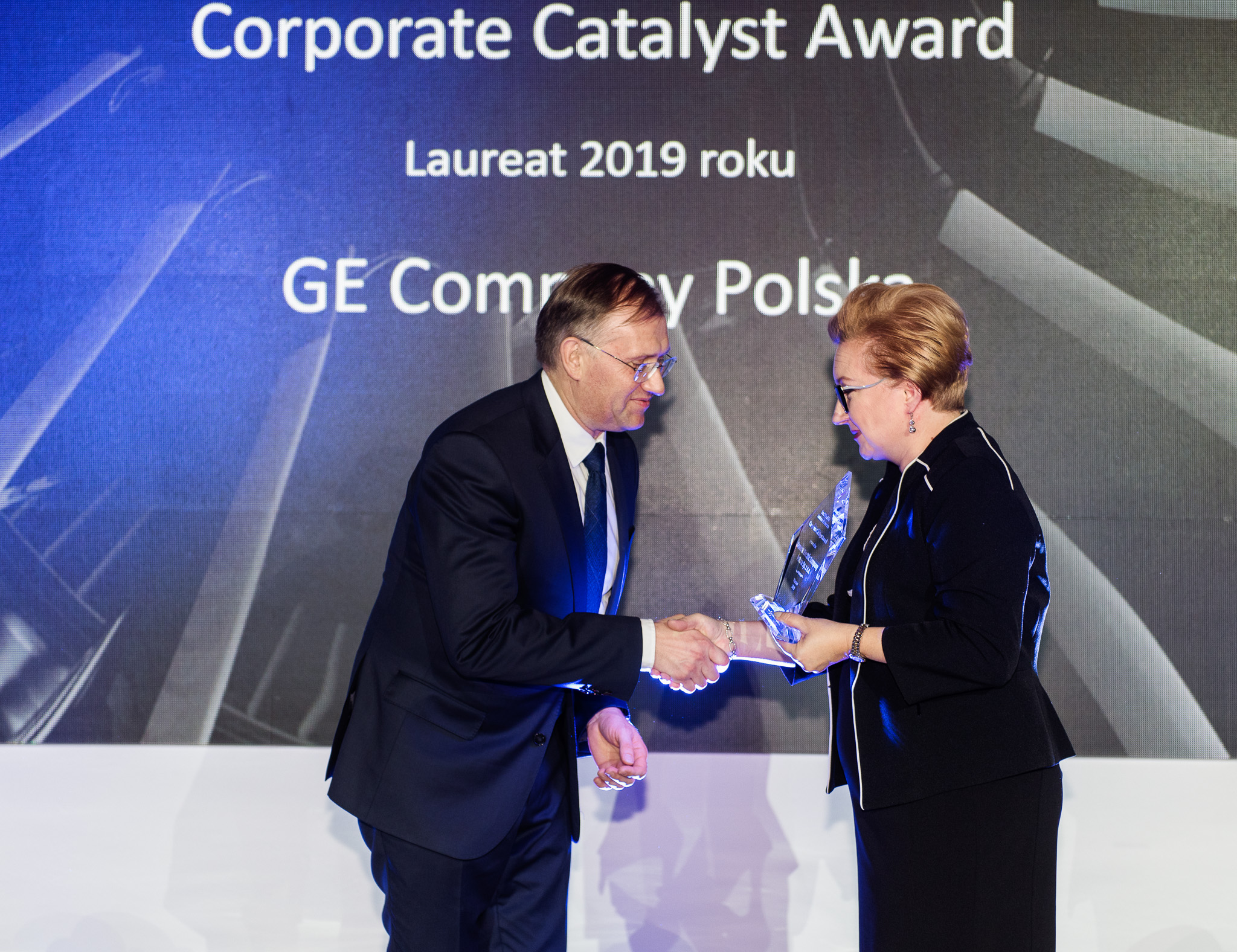 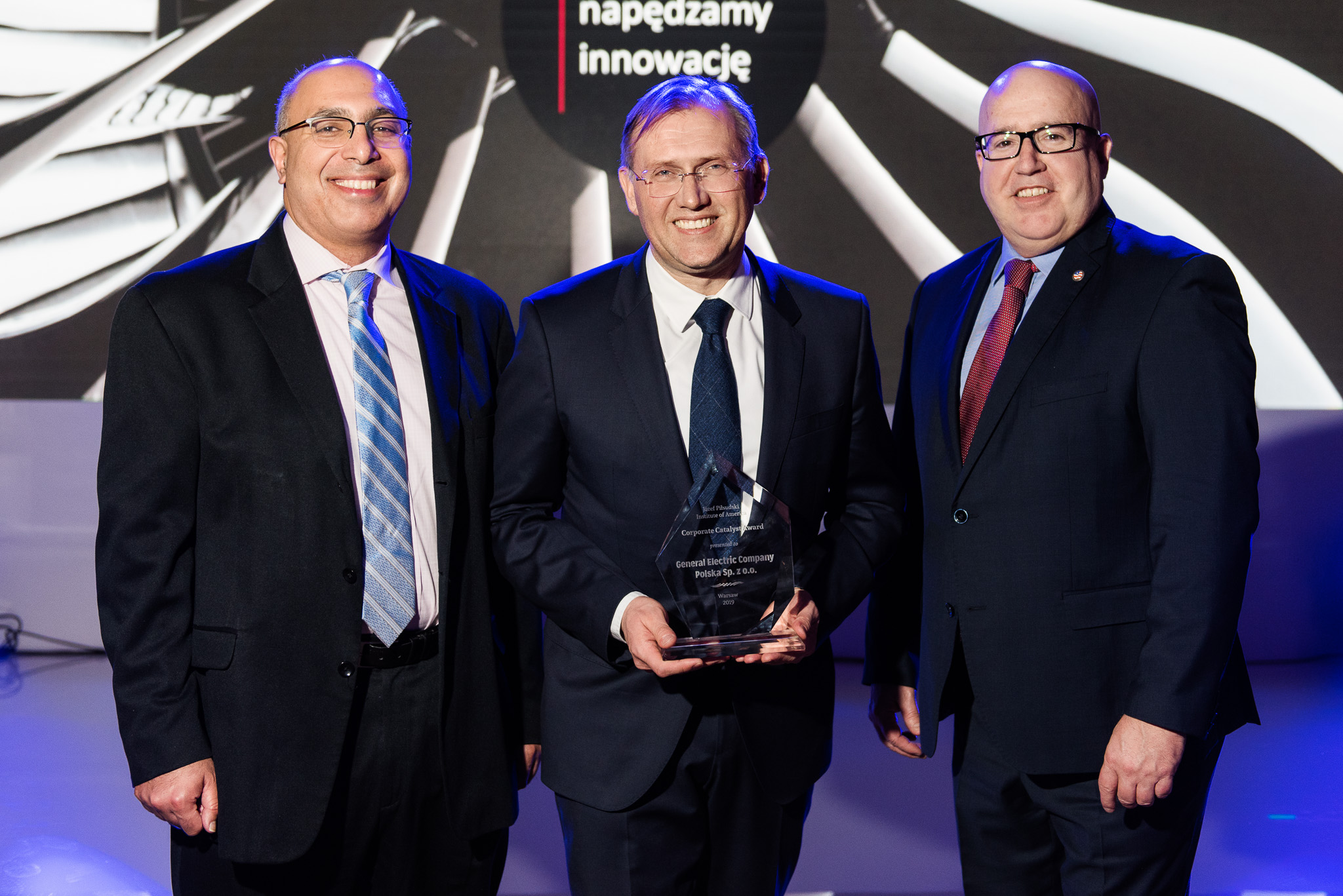 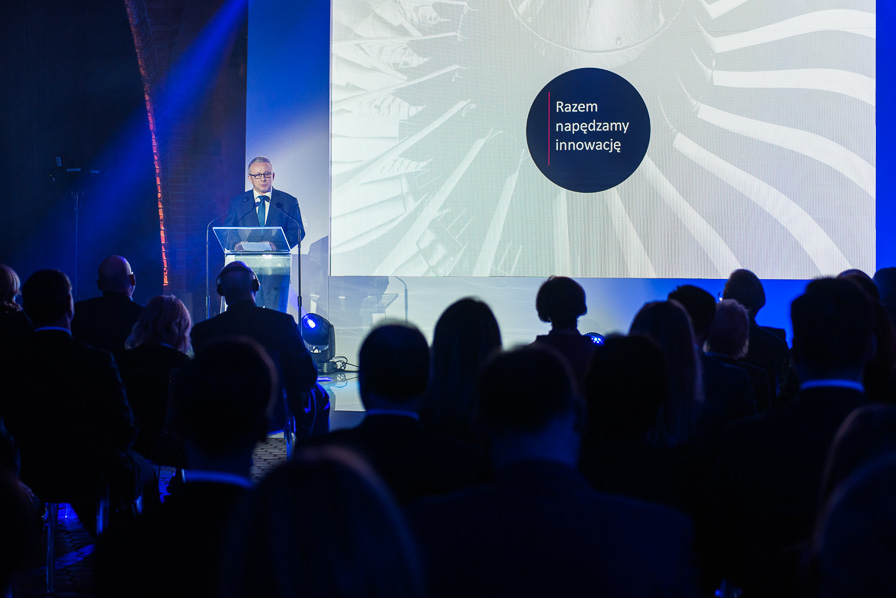 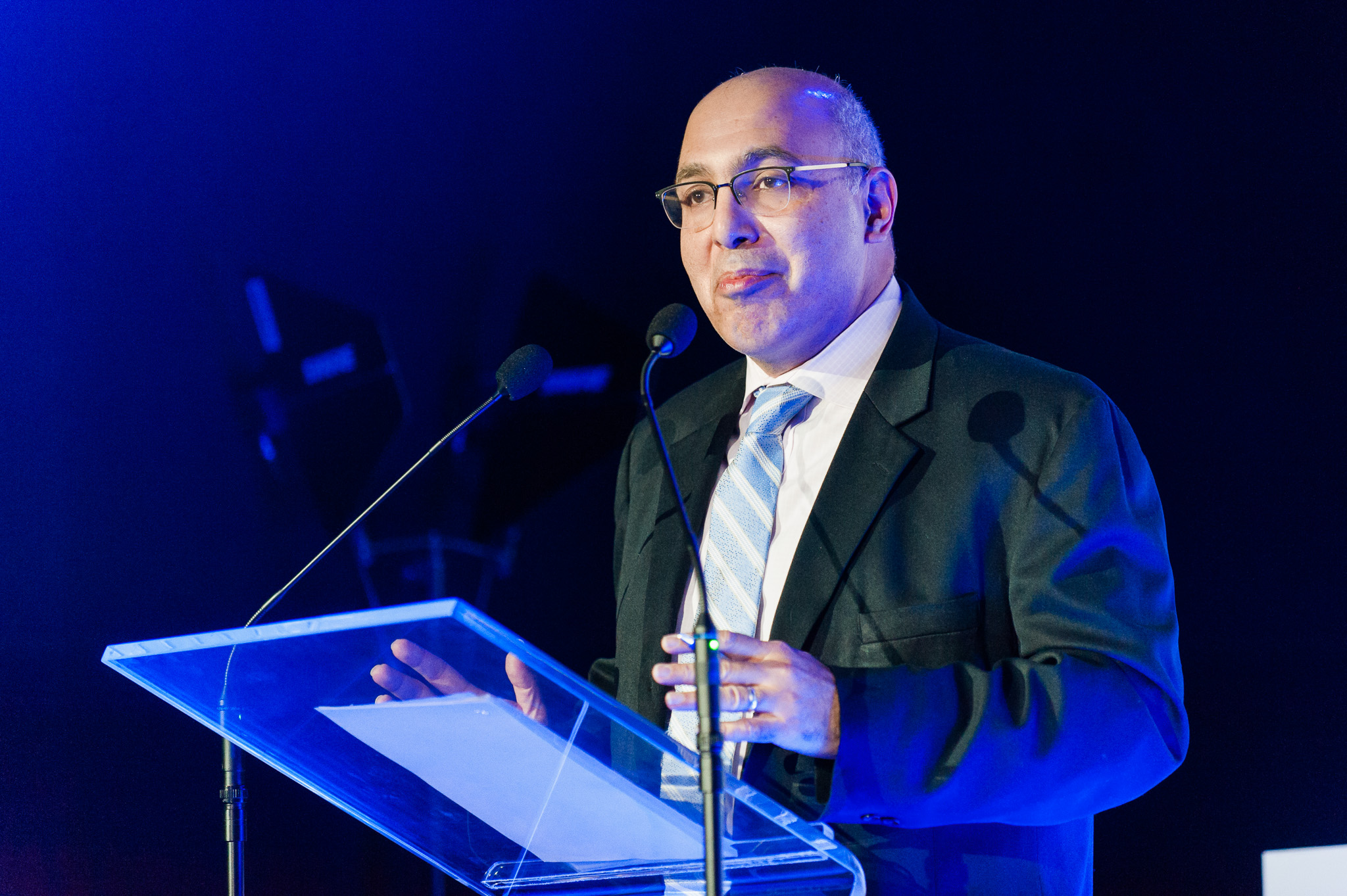 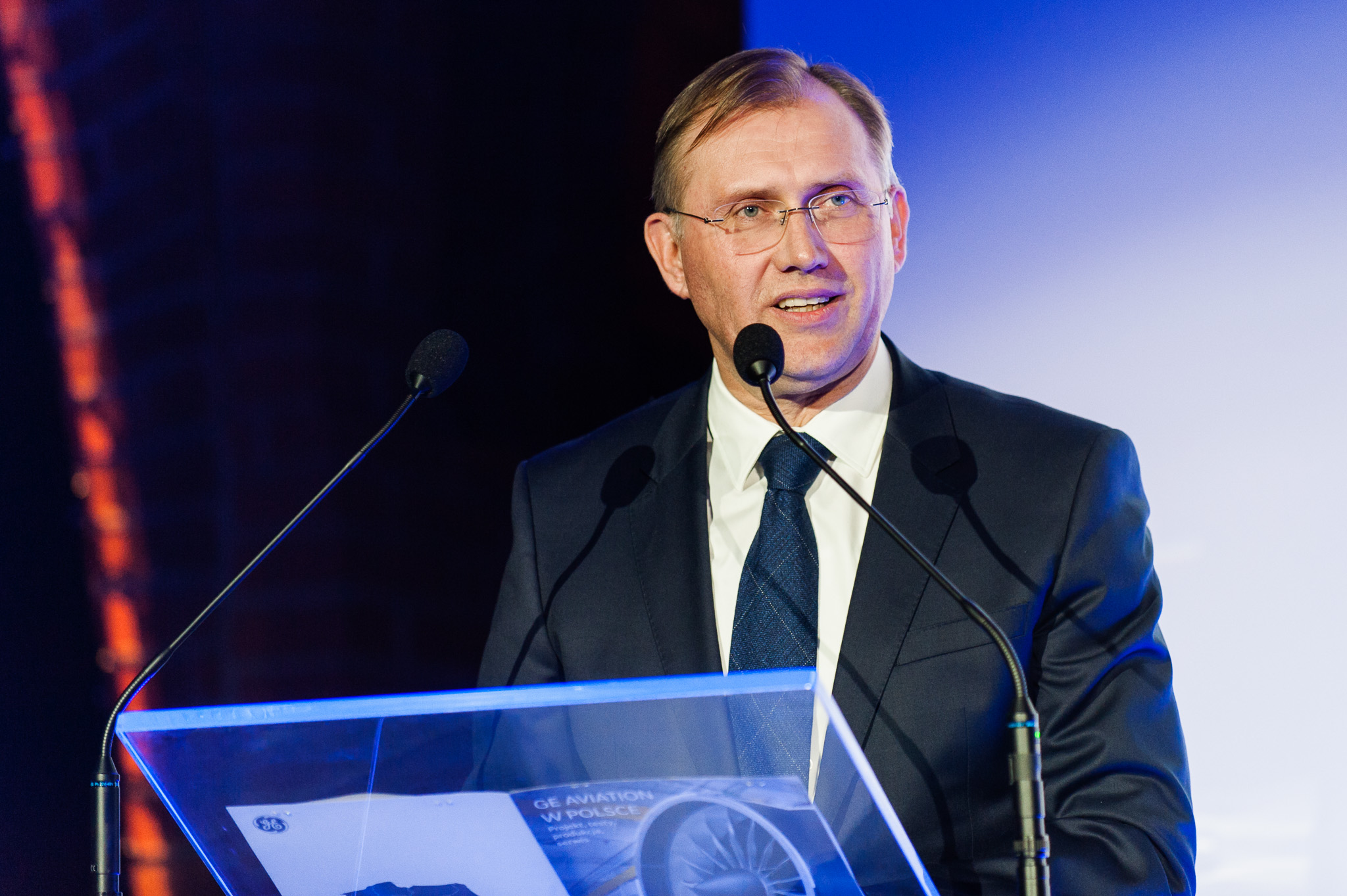 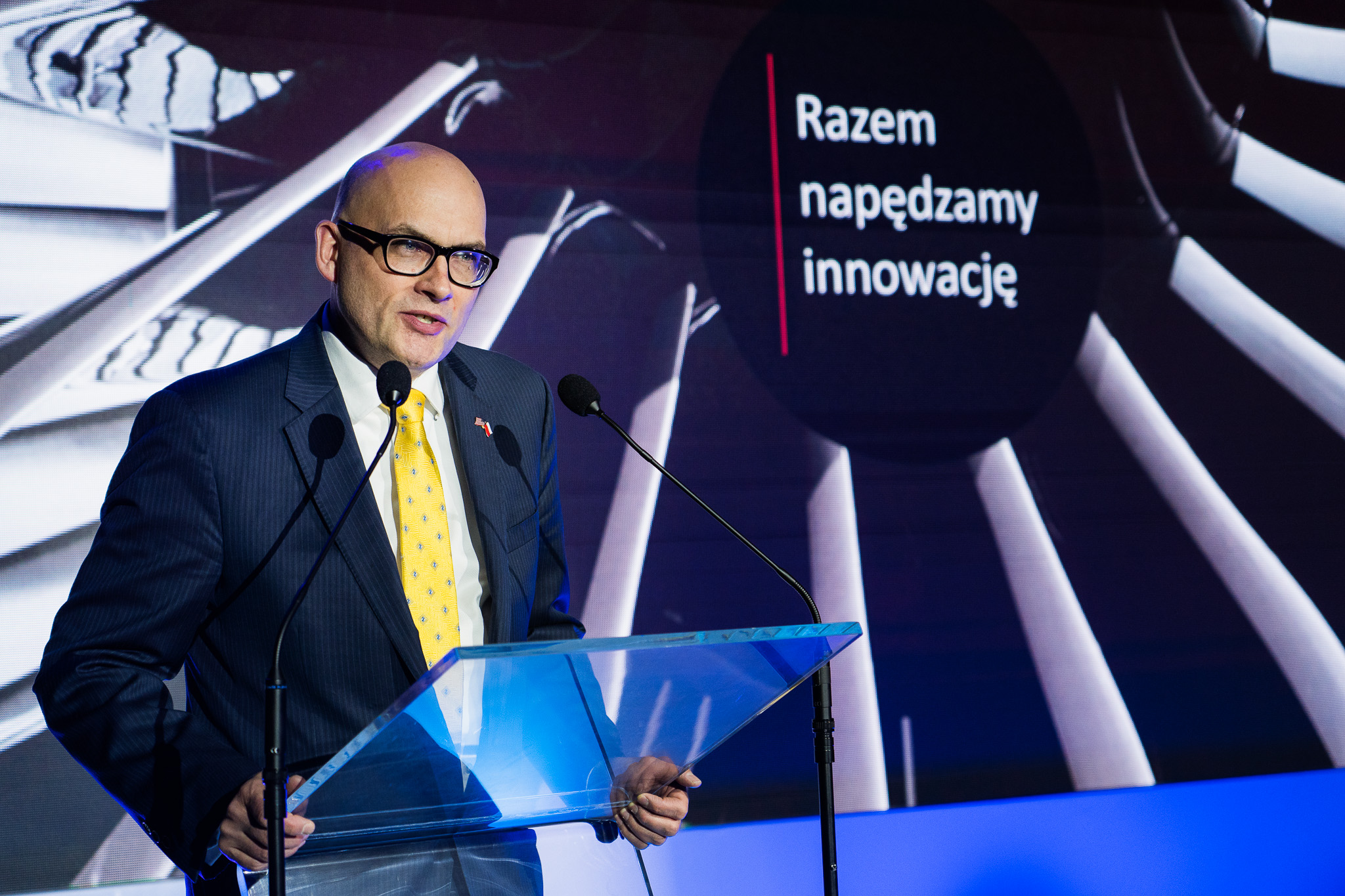