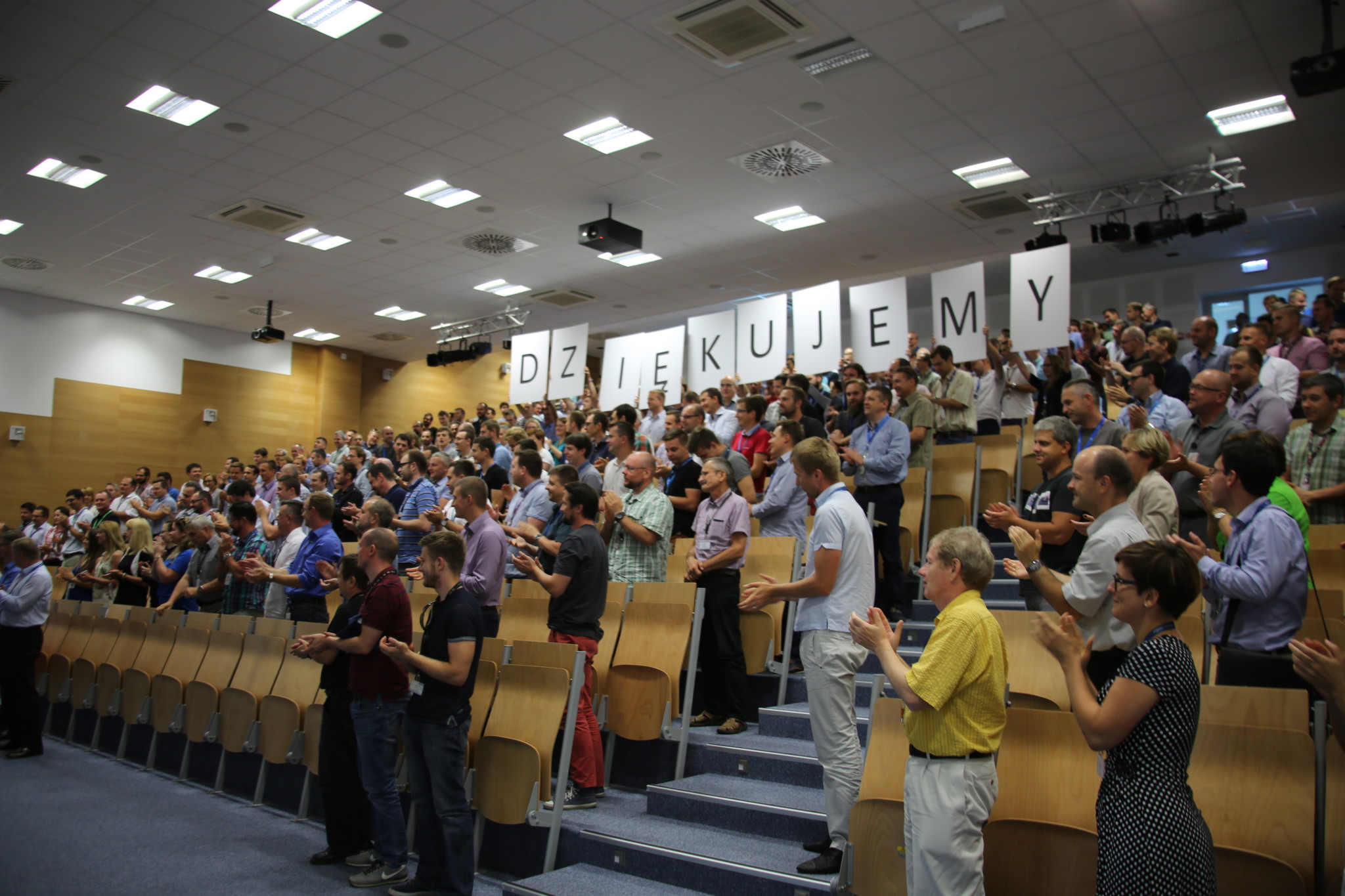 On Friday, August 8th the whole Engineering Design Center Community had a chance to say goodbye to Magdalena Nizik, General Electric Company Polska Sp. z o.o.’s Chairman of the Board. A few hundred employees gathered in the largest EDC’s auditorium to say thank you and hand over farewell gifts for Magda.

After 13 years of dedicated service to GE and the EDC site, Magda Nizik has accepted a new role outside of GE. Magda has been an extraordinary leader within GE, impacting multiple GE businesses, sites, communities and countless team members globally. She has been instrumental in the success of EDC and has fostered a strong relationship with GE’s strategic partner Warsaw Institute of Aviation and the surrounding community.  Magda built a strong and talented team at EDC who have become an instrumental part of technical strategies for GE Aviation, Oil & Gas, Power, Transportation and Energy Connections. As a result of her leadership, the EDC team has been recognized for their tremendous accomplishments, including the GE Aviation Purpose Award for community service, recognition from the President of Poland for government partnership and multiple awards as one of the Top Employers for Engineering in Poland.

Magdalena Nizik is a graduate of National Louis University, and a member of ACCA, an international organization associating specialists in the area of finance and accounting. She joined EDC in 2003 as a finance manager, and in 2006 she became a managing director of Engineering Design Center. During Magda’s leadership the site has grown from over 100 employees in one business to over 1900 employees in 6 businesses. Her next challenge will be leading a foundry manufacturing blades for small aircraft engines and helping the company become one of the global leaders in this area.

The leadership of Engineering Design Center GECP will be taken over by Marian Lubieniecki, currently the Oil & Gas Engineering Executive at the EDC. Marian joined EDC Aviation in 2000 as a design engineer in the turbine airfoils team. Over the next 7 years, he held roles of increasing leadership and technical responsibility. In 2007 Marian began the start-up of the Oil & Gas team and has been an integral part of the growth and evolution of this organization until present time. In addition to leading the regional team in Warsaw, he also supports NPI projects portfolio execution and Fastworks projects globally across Oil & Gas.

All EDC employees would like to thank Magda for her great leadership, support and commitment to developing Engineering Design Center, at the same time wishing Marian every success in his new role.