100 years have past since GE Aviation first started. It was a century of innovation and reimagining flight.

Here at EDC we celebrated this profound moment with our employees by preparing a grand 100 year anniversary event with lots of surprises and attractions.

Our celebrations started with an anniversary movie that warmed up the audience by highlighting the historical moments of our GE business. After that the spotlight fell on the smallest participants of the Anniversary Art Contest for Kids. The winners were carefully selected. The voting process was tough because all artworks were totally outstanding. All the artworks are available in our gallery on Facebook.

During the event our most experienced engineers had an opportunity to share their knowledge and experiences in a special panel discussion where they talked about their first impressions when they come to EDC 16 or 19 years ago.

Finally, at the end of the ceremony we initiated a contest for all GE Aviation sections called Mystery Box Challenge. Every team is going to face the aviation challenge which is a wooden plane construction. For the next two weeks they will be working on this assignment.  So, keep your fingers crossed for them and stay tuned with the results!

Besides the anniversary ceremony there was also a time for some fun with a touch of aviation history. We prepared a historical photobooth where participants were able to take photos in aviation outfits and get an immediate print out. To keep this moment in mind every employee also received an anniversary lanyard with a ski-pass.

We wish GE Aviation Happy Birthday, and another great century of innovation! 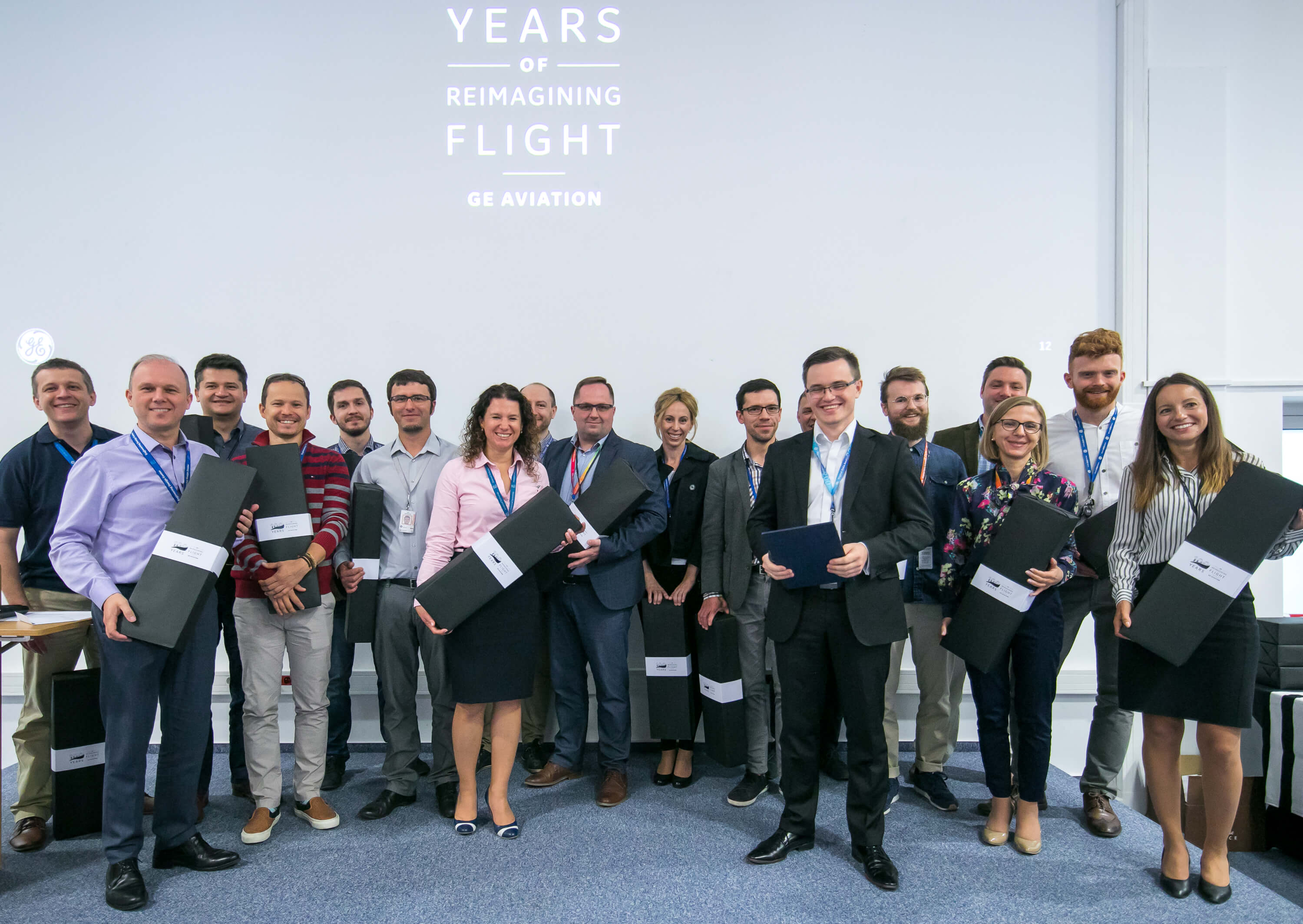 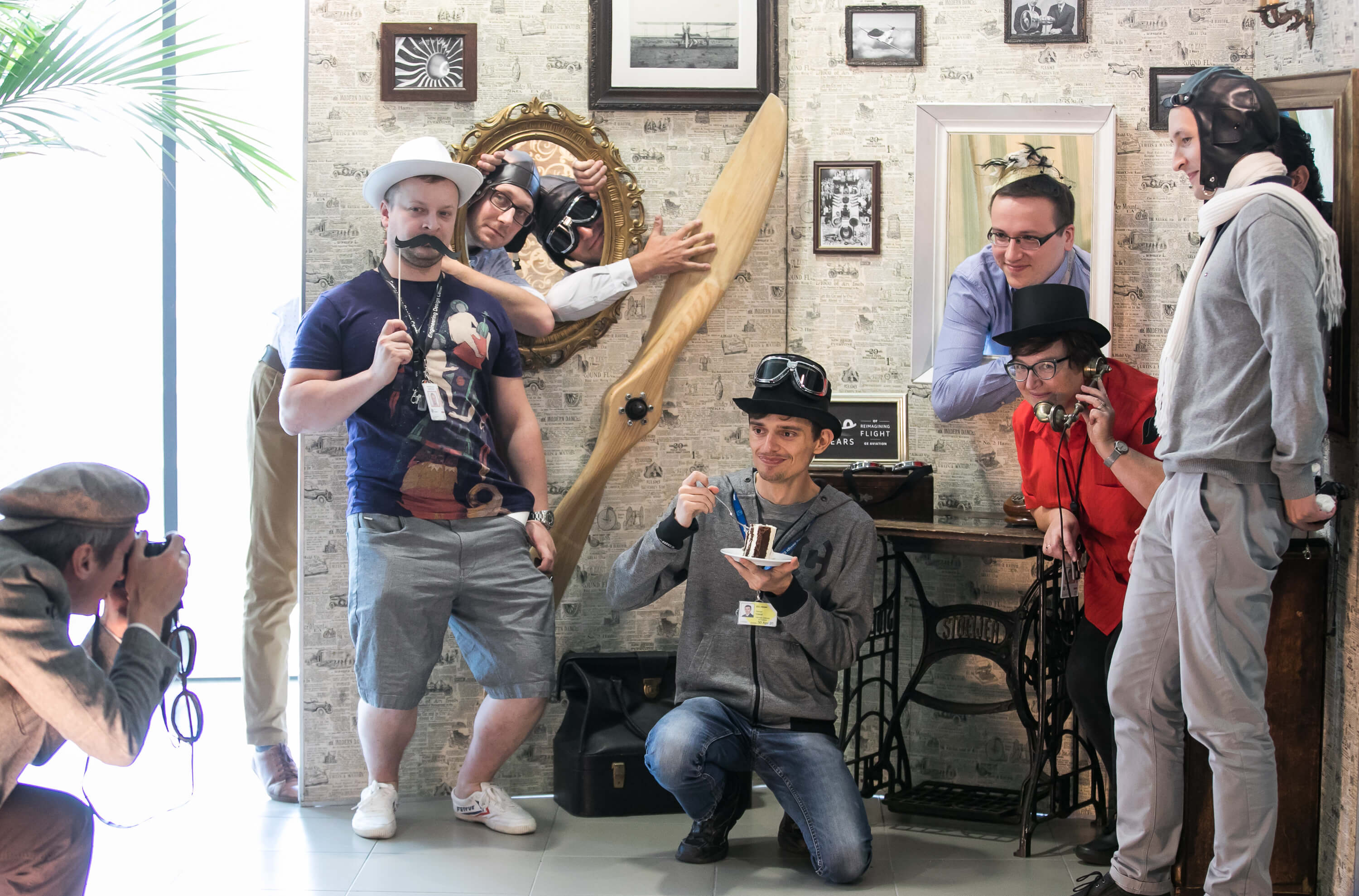 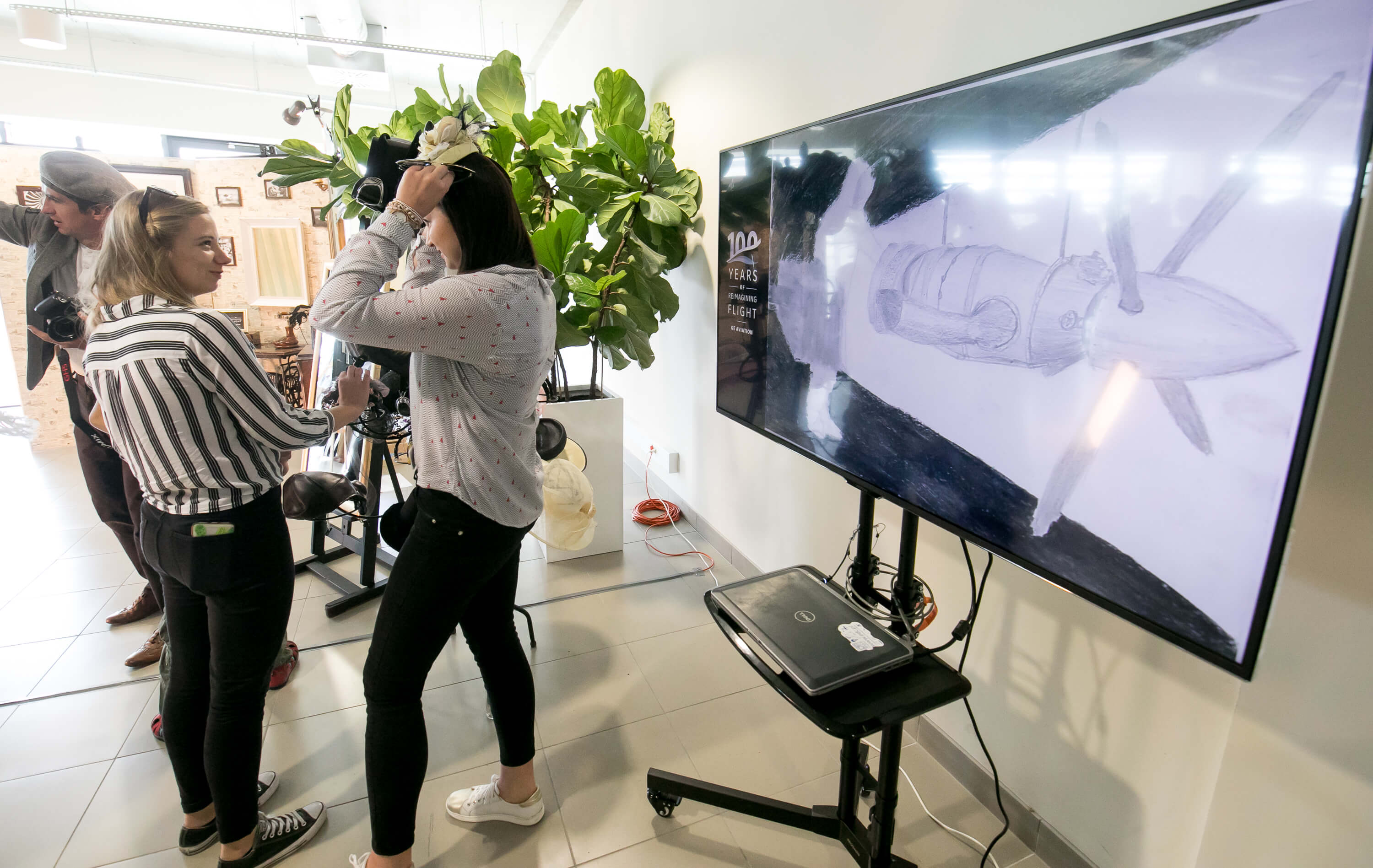 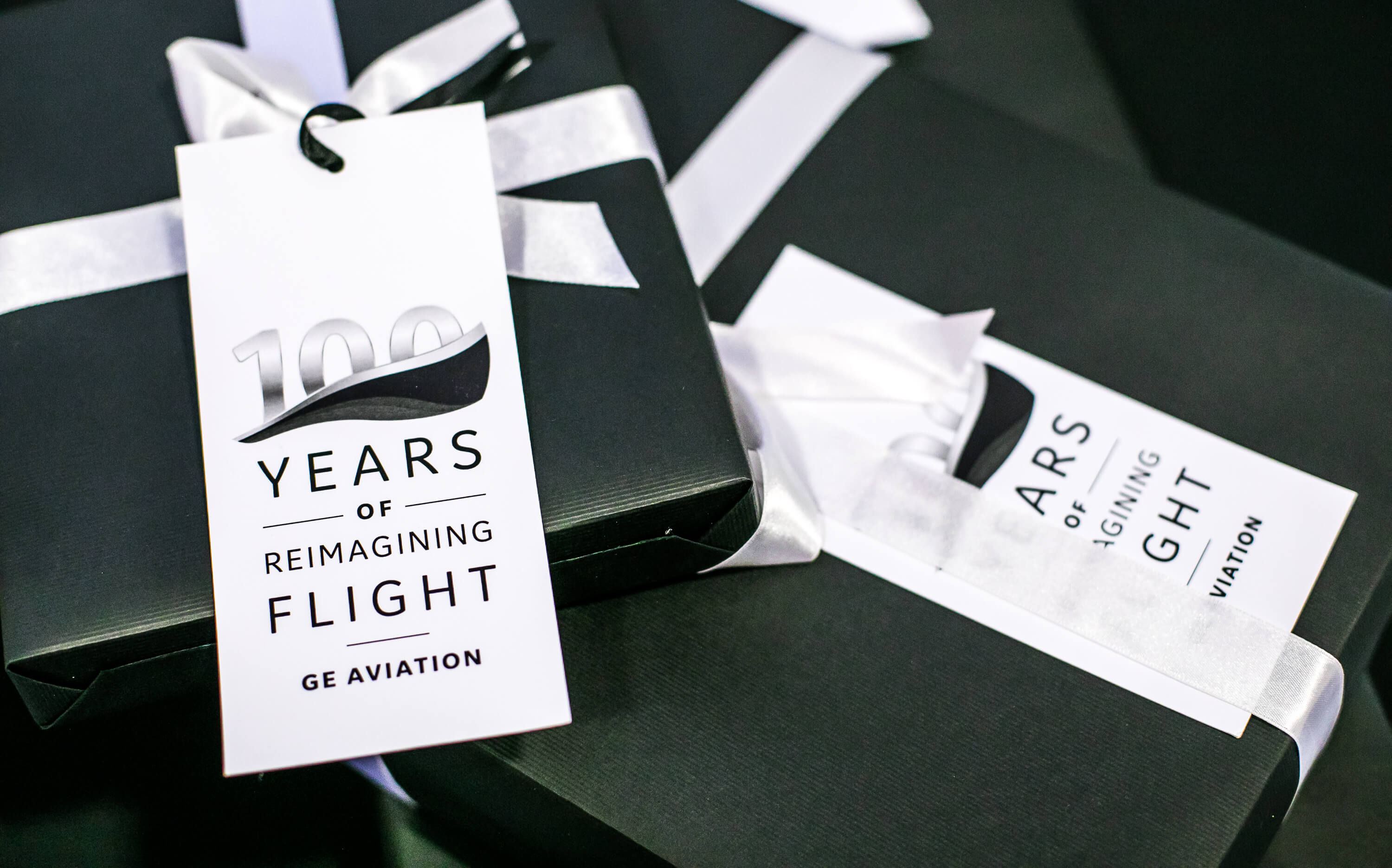 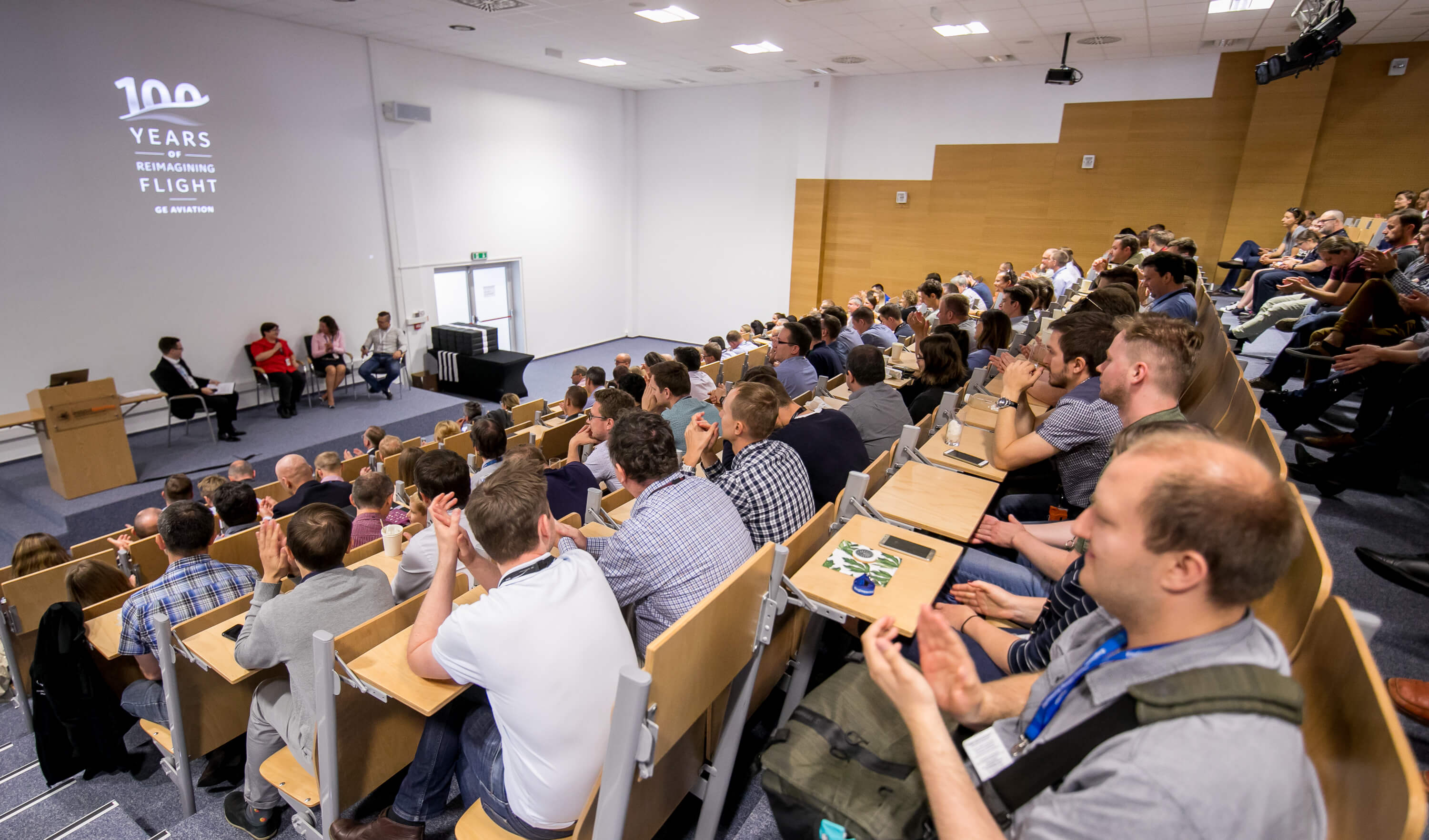