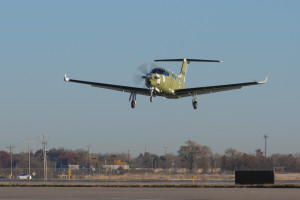 We are proud to inform that on Tuesday, November 23rd, the brand-new GE’s Catalyst – more sustainable and more efficient engine with turbomachinery designed by EDC engineers completed its first flight on Beechcraft Denali – the intended single-engine plane, being the first customer application.

The flight took nearly 3 hours during which the aircraft reached an altitude of 15,600 feet and attained true air speed of 333 km/h (180 knots). As Peter Gracey, senior test pilot told us afterwards “from the beginning of the flight to the end, the Denali was simply flawless (…) and the Catalyst engine was outstanding.” 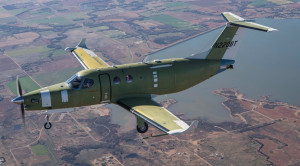 “This was very emotional moment for me and, I think, the whole team”, said Janek Biskupski, Systems Leader of GE Catalyst. “Around 200 EDC engineers were engaged in that project for more than 6 years now, working days and nights. Even on Monday, 24 hours before the flight, we were finishing some analyzes and making final decisions about flightworthiness. It’s amazing to see that what we have designed, works exactly as planned!”, he added, thanking the whole team for their contribution in achieving another milestone in the Catalyst’s way road to certification.

“I’m impressed by the work done by the EDC Catalyst’s team. Now they have all first tests behind them and all of them were successful. That’s really something to be proud of!”, stated Marian Lubieniecki – president of the Management Board of General Electric Company Polska and director of Engineering Design Center.

We encourage you to watch this short video summary of the flight and to share your reactions on EDC social medias: fb and LI.