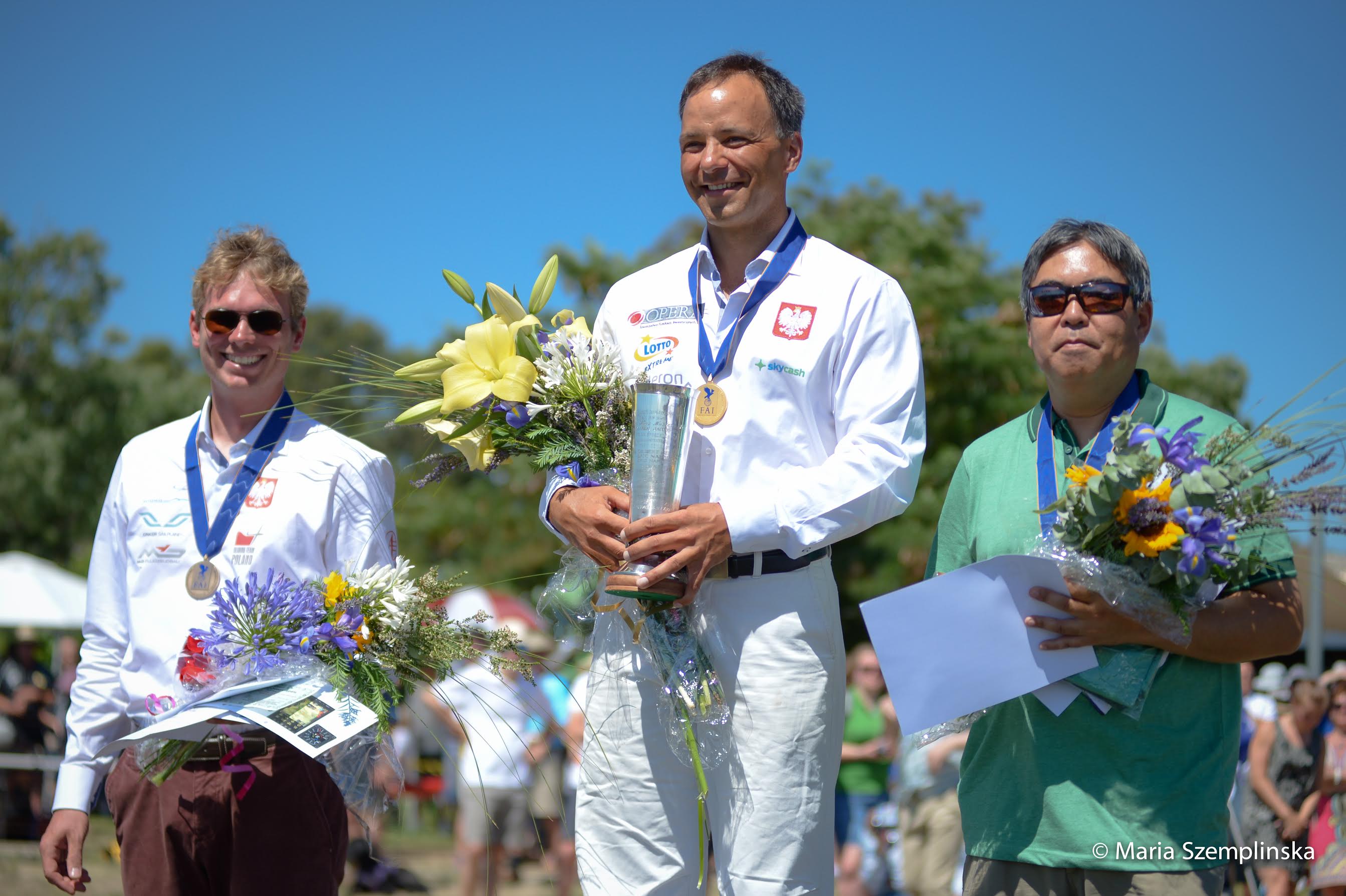 Łukasz Grabowski from GE Aviation at EDC took the 3rd place at 34th FAI World Gliding Championships, in 15 meter class gliders. The competition was held in Benalla, Australia from January 8th till 22nd. Despite the demanding competition of other 37 participants from 21 countries, Łukasz managed to stand on the podium, winning the bronze. The weather allowed for 6 flying days, the races ranged up to 550 kilometers. 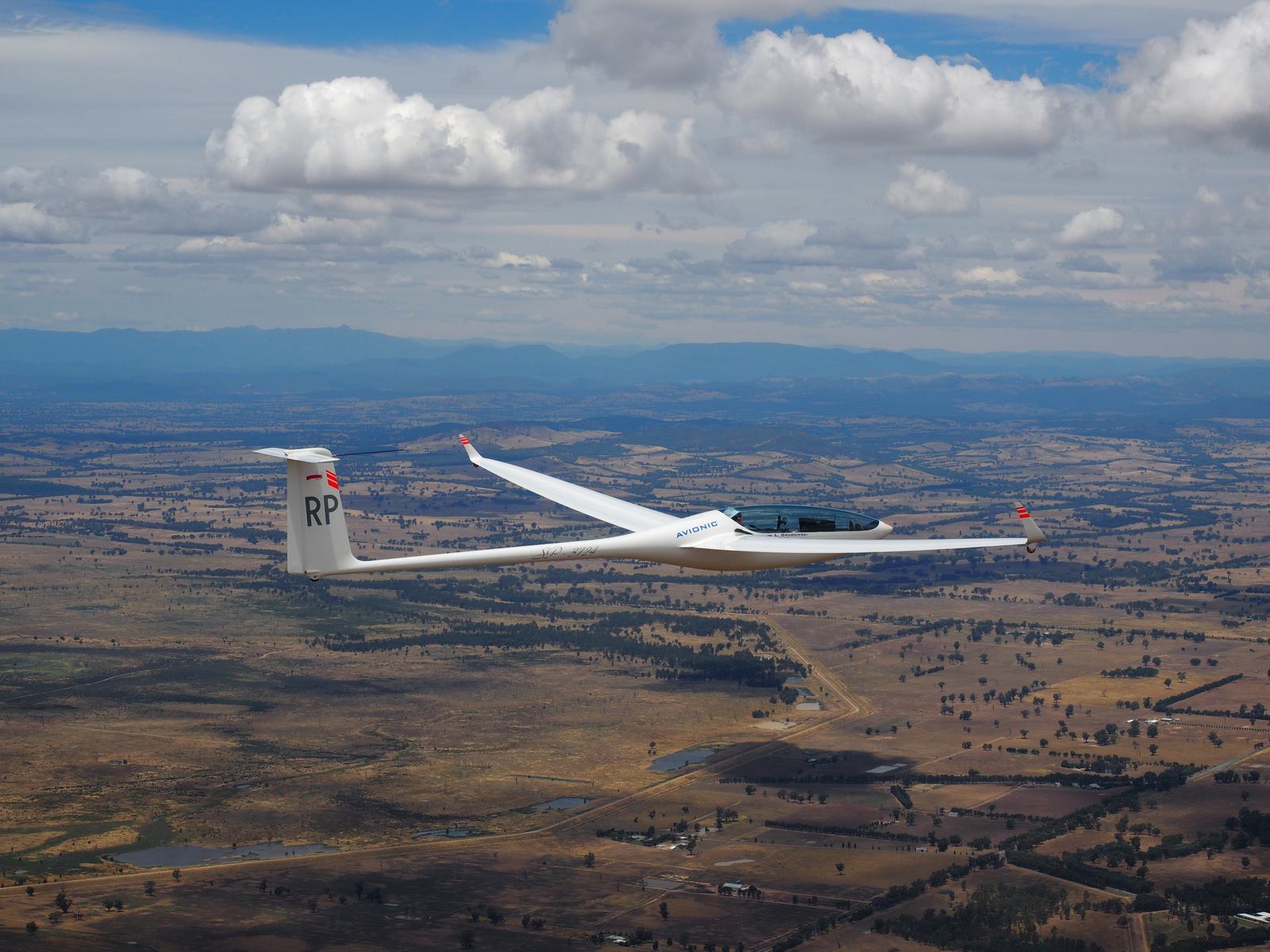 “At the very end of the last flight I felt that I was losing the 3rd place, standing virtually no chance to win the podium. According to my onboard equipment I had very little altitude margin to reach the airfield and thus complete the task. I decided to take this sport risk and try it anyway, which could have improved my result but might as well have led straight to the loss. But this move eventually let me fly back to the airport and jump on the 3rd place, as other pilots needed to spend more time gaining altitude in weakening conditions. I am so happy! This is definitely my greatest achievement in gliding.” – says Łukasz. 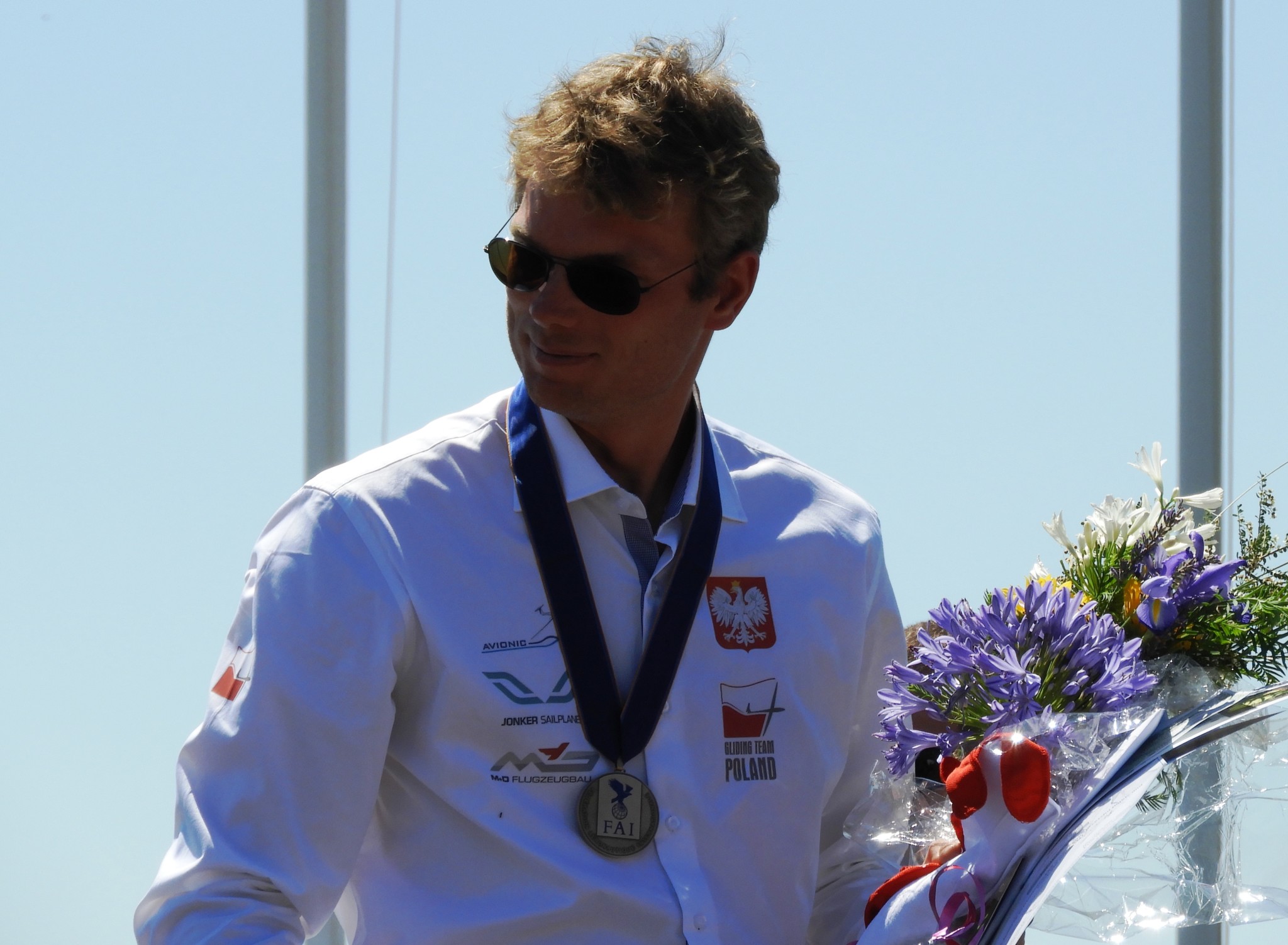 Gliding has been Łukasz’s passion since he was 16. After 4 years of practicing, in 2006, he started taking part in various gliding competitions. Now he is a member of the Polish national team, representing our country at different gliding events all around the world. Among his biggest achievements there are 2nd place at Junior World Gliding Championships in 2011, covering 960 km in one flight, Polish vice-championship in June 2016 and, of course, the recent bronze medal at World Championships in Australia.