GE Catalyst project was awarded during the prestigious Forum in Uniejów 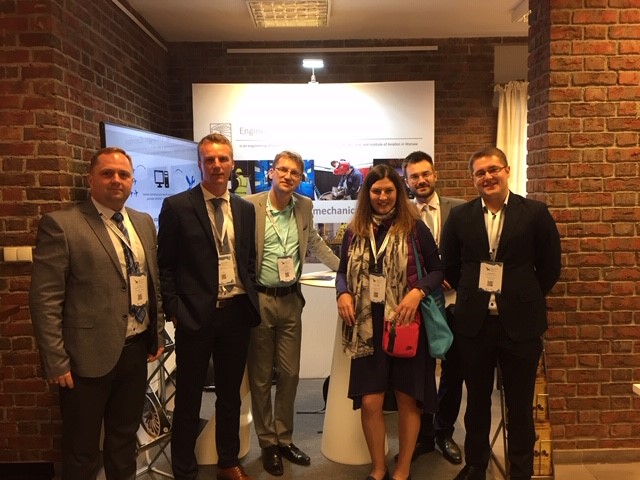 “The award is the result of hard work of the whole team. We finalized the full documentation of the first prototype and entering now to the very tight in schedule certification test campaign.” – he said after the Gala.

During the event we also presented our Center on the specially prepared stand, where our engineers were talking about the project “Rachael plus”, showing some details about it.

Artur Rudnik, EDC Director, who participated in the Forum appreciated the fact, we took part in it. “I think that our participation brought us some business perspectives and new valuable contacts as that event attracted many people from the world of science, business and from the local governments.” – he said. He also underlined the fact that the speeches were varied and some of them raised really interesting discussions.

We hope that next year we will also be at Uniejów, maybe getting another award? We will see.