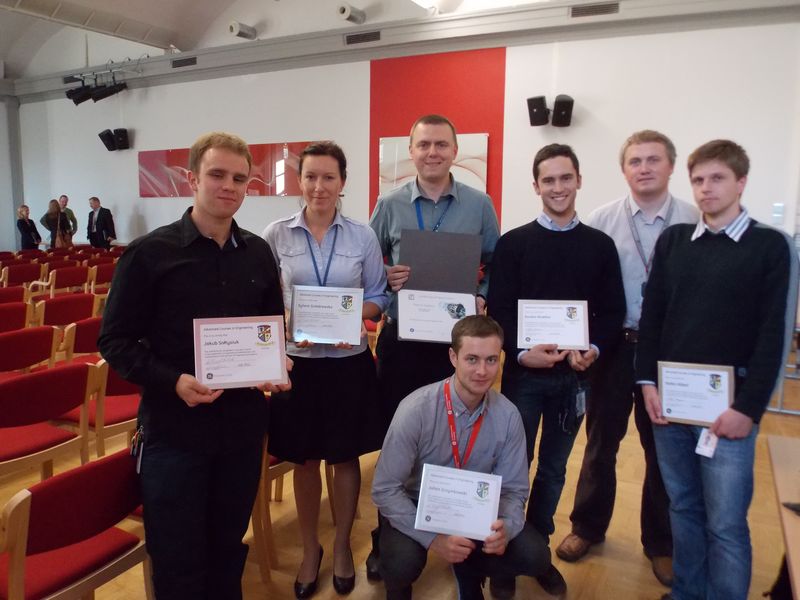 In FW42 Rick Stanley, in his new role as VP of engineering for Power & Water, visited the EDC with key operations personnel as part of his team’s European trip. An all hands was held giving the local team insight into the reasoning behind the recent reorganization which resulted in O&G and P&W being broken out as separate businesses in the GE portfolio. At the end of the session Rick presented A and B-course completion certificates to a number of Edison engineers from current waves – four from the EDC & two from other P&W offices in Europe that are currently on rotation in Warsaw.

Rick also took the opportunity to recognize Marcin Kedzior who was selected by current Edison’s as the best assignment leader for 2012. Other meetings with management focused on recent achievements and vision for P&W at the EDC – keep an eye out for further updates on these in the new year!