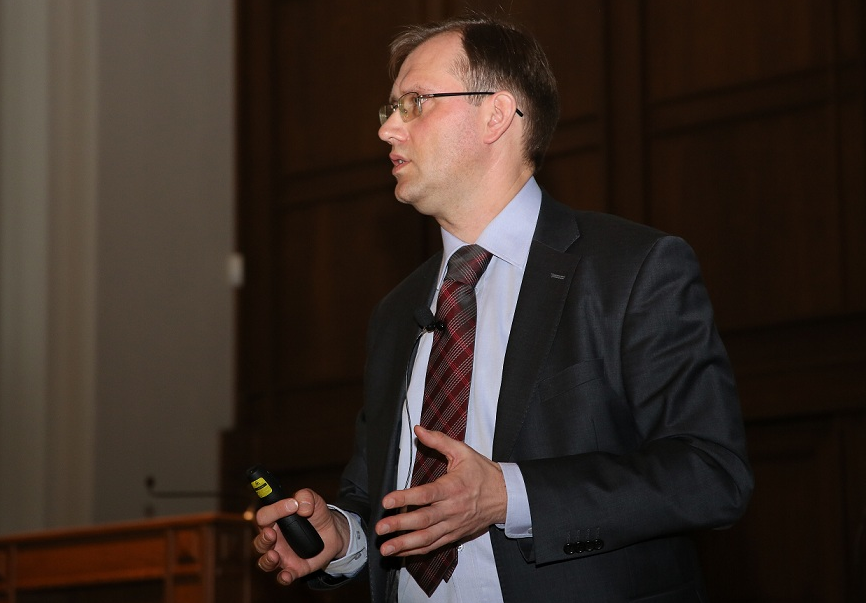 What is the main activity of Engineering Design Center (EDC)?

Let’s start from the beginnings of EDC. The first group of employees decided to create a modern engineering company in Poland. Despite great doubts about the initiative, some managers abandoned their former duties to be part of it. As a result, in April 2000 the agreement between General Electric Aircraft Engines and the Warsaw Institute of Aviation was signed and the Engineering Design Center was established.

After running EDC for six years the concept was proven to be a success and we were able to grow the company into new areas. In 2006/2007 two new teams, Oil & Gas and Power & Water, were established, which broadened our scope of activities. The new structure completely changed the way we were operating.

Where do you observe changes – what areas are most affected?

First of all, EDC expanded its activities into the energy and oil industry. That gave employees opportunity to develop in the completely different fields and enriched the business with new professionals from other industries. For example, we hired chemists, electricians, computer programmers and industrial plants engineers into the Oil & Gas division. Such a diverse group of specialists also contributed to the creation of the subsea control systems laboratory.

You have mentioned that Polish engineers support General Electric. Could you describe how this cooperation works using the example of EDC Oil & Gas?

Within the last six years we have managed to employ over 350 engineers working in the oil and gas industry. Our employees are involved in many global projects. An excellent example of our activity is the extraction of natural gas from the eastern Australian seabed deposits, the so-called Gorgon project. General Electric, on behalf of the Chevron Company, is one of the subcontractors for X-trees, manifolds and control systems. EDC engineers have been working on this project here in Warsaw.

Cooperation with GE gives us the ability to participate in many international assignments and enables us to combine our local actions with those around the world. Our teams perform 3D modeling, analyze the strength and reliability of machines, service mechanical devices, prepare the implementation and post-completion documentation.

In addition, the Center has three Oil & Gas laboratories: Failure Analysis, Controls and High-Pressure Testing labs. The Failure Analysis Laboratory provides both expert opinions on the suppliers’ qualifications, as well as damages reports. The Controls Laboratory supports software development and performs verification tests of complete subsea production control systems with major emphasis on safety-critical control. The High-Pressure Laboratory works on verification and certification of the sealing elements that are responsible for security during oil and gas production.

How can you describe work at EDC Oil & Gas? What do you offer as an employer?

I think it is very important for every engineer to feel that work which he does is real and is done with real people in mind. EDC it is not a place for theory that no-one needs. Behind engineer’s activity there is always somebody, a customer or a partner, and their specific needs. Everything we do here is immediately implemented abroad. Although we are based in Warsaw, we are constantly in touch with the whole world.

We, Poles, have a definitely romantic attitude towards our daily reality. We would like changes to happen in a blink of an eye, while every process needs time and determination. It seems to me that EDC is the place where you can see very clearly how much you can do through consistent routines and everyday work. Engineers working in our company are positivists of our times, they keep on trying to change the world.

We are lucky that we still manage to employ people who have many hobbies. Some of them repair bikes, motorcycles, cars by themselves while others are keen on running, trekking or paragliding. They are fulfilled through passion and they affect many people with their enthusiasm. Obviously, not everyone has this type of personality, but it is them exactly who set the tone to entire organization. For example, when we wanted to draw up plans for a new office design, it suddenly turned out that we have numerous gardening fans. It is this pro-active attitude that we look for as it keeps us as an organization going.

That’s right. If somebody wants a turbine, we design it, then a few months later it will be produced somewhere and later on one can see how this design is working. We also have long-term projects, where we have to wait a little bit more for the result to be seen, but our daily job is to solve real problems in innovative ways.

Do you think women also can find something special in EDC?

Yes, certainly. Their different perception of the reality enriches our company with variety of ideas and it often allows us to look at an issue from a different angle. EDC as an employer is involved in many initiatives to encourage young women to work as engineers. For instance, GE Women’s Network supports our employees in their passions and professional development.

Once a year EDC Women’s Network organizes a Mega Event. The last one was called “Dress for success” and was aimed at helping women establish their work-related image. There are also many trainings such as “Project Management” and “Women in Polish Labor Code” or many initiatives connected with women’s interests like sport, movies and Latin culture.