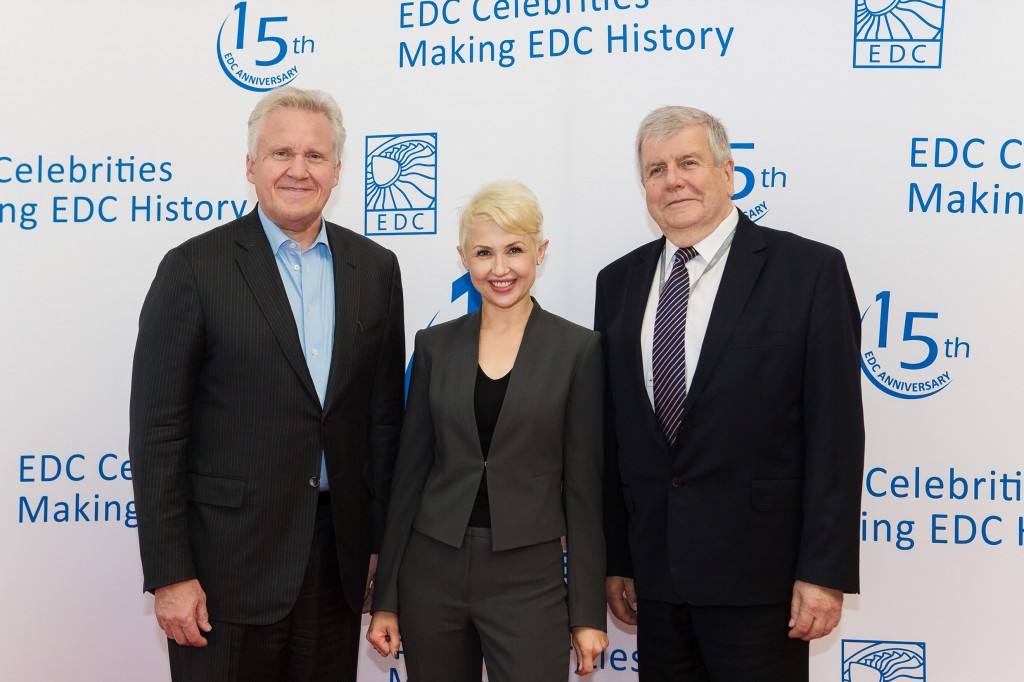 On Thursday, May 7th all employees of the Engineering Design Center celebrated its 15th anniversary. This special occasion was a chance to gather and together look back at on the decade and a half of hard work, passion and rapid growth – starting from 6 engineers to over 1800 EDC employees at present.

The main ceremony was held at Torwar Arena. Magdalena Nizik – Director of General Electric Company Polska, Engineering Design Center together with Witold Wiśniowski – Director of the Institute of Aviation addressed a personal word of thanks to all who contributed to success of this unique alliance.

The special guest of the event was Jefff Immelt, Chairman of the Board and GE Chief Executive Officer.  Jeff Immelt gave speech dedicated to future changes in GE businesses and started a question session with engineers. He responded on numerous of them and gave many constructive hints for further GE actions in our part of Europe.

The next was panel session with EDC employees showing the company history from the point of view of different businesses so as to show the enormous progress through the last 15 years.

There was also a time for enjoying the evening with plenty of laugh delivered by Kabaret Moralnego Niepokoju. The official ceremony was completed with anniversary cake reception.

While the official anniversary Gala has come to an end, the anniversary celebrations are about to continue. The anniversary commemoration will still be a part of every EDC event and will remind about the challenges and prospects in the near future.