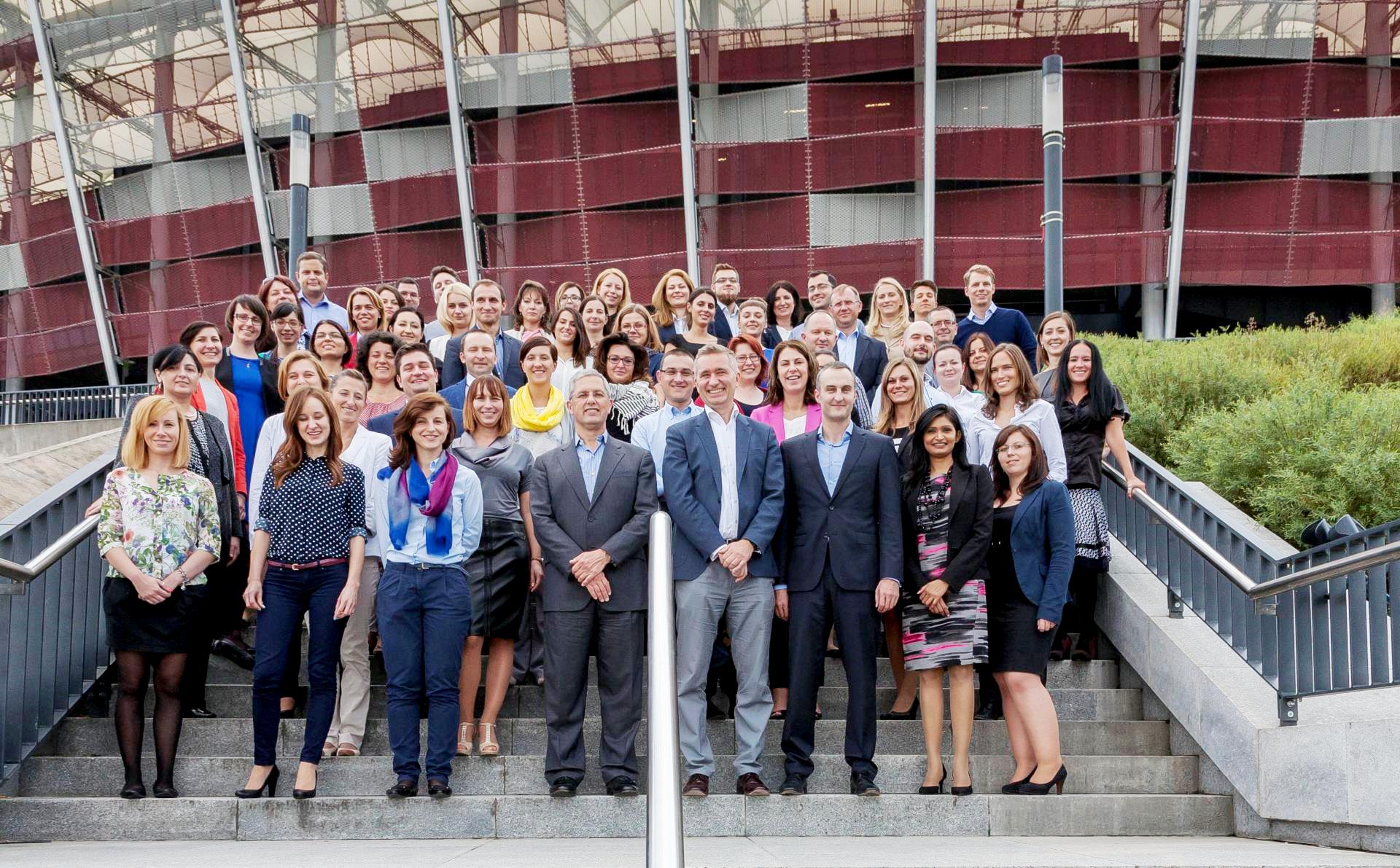 On Tuesday, September 15th GE Beliefs event took place at the remarkable National Stadium in Warsaw. Similar event was also organized two days later in Leeds as a part of a series of engagement events based on GE Beliefs that bringing together multifunctional teams from the sites.

During the GE Beliefs event in Warsaw around 50 people from sites in Eastern Europe had the opportunity to network and hear from senior leaders from GGO (Beata Stelmach), Healthcare (Anna Kapsrzak), BPH Bank (Andras Bende), Engineering Design Center (Marian Lubieniecki) and Global Operations leaders from the region. The GE Beliefs activity was to build a chain reaction through the “Goldberg Mechanism”. Both Warsaw and Leeds events were concluded by recognizing above and beyond performances in the team based on the GE Beliefs.

Our culture is evolving and the GE Beliefs serve as guiding principles for us to improve as an organization and as individuals. These events bring together speakers from Global Operations, GGO and the businesses are a great way of spreading awareness and understanding of the Beliefs.