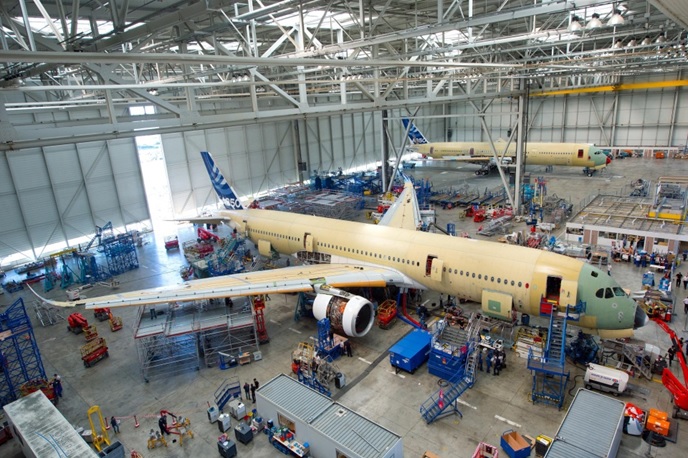 For the last 3 years, EDC engineers from GE Aviation Systems have been designing a part of the wing fixed trailing edge for the Airbus A350-1000. The aircraft, after entering the market, will become a direct competitor to the Boeing 787 “Dreamliner” and the Boeing 777.

The work on the wing of the A350-1000 aircraft was commissioned after the great success of Polish engineers in the design of the previous version for the A350-900. EDC engineers were faced with the task of developing a highly complex method of calculations, which would be used for the selection of critical loads and sizing the structure. Until recently, this type of calculation had been barely possible. Moreover, experts estimated that it would take 70 years to get the intended results using standard calculation methods. However, one of the EDC engineers, in cooperation with his team, came up with an innovative method to tackle this problem. We are proud that after this great success we can continue our collaboration on this project.

“General Electric is responsible for the design and manufacture of the A350-1000 Fixed Trailing Edge across the span of the wing, which is about 35 meters long. At EDC we were responsible for designing 1/3 of the whole project.” – said Kamil, Section Manager, Aviation Systems.

In the modified version of the A350-1000, Polish engineers designed 20 composite parts, 22 large metal components and more than 600 smaller pieces. They also created 5,000 pages of certification reports. What is also important, Airbus acknowledged the expertise of five EDC employees, by authorizing them to sign off drawings and stress analysis reports.
The first Airbus A350 in the 1000 version will be assembled this year and the maiden flight is planned for the end of 2016.