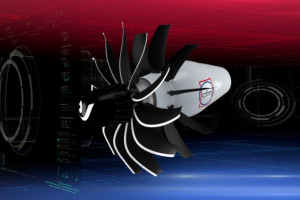 The program is targeting more than 20% lower fuel consumption and CO2 emission compared to today’s most fuel-efficient engines, while delivering the same speed and cabin experience. With the CFM RISE Program, GE Aviation has chosen to invest in a range of advancing and disruptive technologies for future generation of engines that could enter service by the mid-2030s.

Launching the program also extends the CFM International partnership, a 50-50 joint company between GE and Safran Aircraft Engines, to the year 2050, proving the commitment of the two companies to lead the way for a more sustainable, fuel efficient aviation industry.

EDC is proud to be actively involved in supporting the CFM RISE Program.

Read more about the CFM RISE on ge.com