Skip to content
Home>Posts>The world through the employees’ eyes

The world through the employees’ eyes 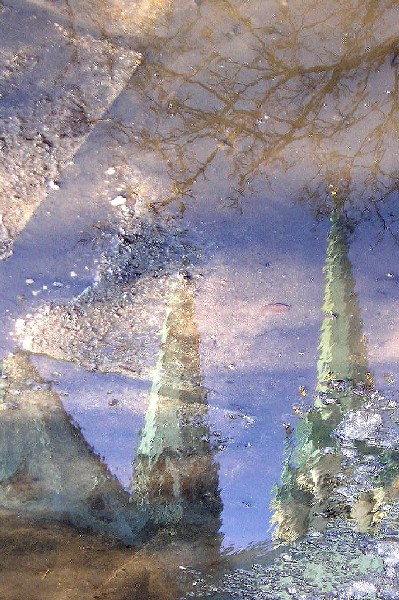 Among the many initiatives we have at EDC, one is very visible for every employee and visitor entering our offices – corridors are decorated with pictures taken by EDC employees.

The idea originated in the EDC photo community – a group of a few dozen employees who regard photography as their passion. The community, short of being a decade old now, came up with the idea at the end of 2002.

EDC was at that time co-operating only with GE Aircraft Engines, so people were mainly visiting Cincinnati and Lynn – hence the subject of the first display: ‘The U.S.’ It was difficult to choose only 20 photographs to showcase, as people showed different levels of skill…

Some were award-winning photographers, while others were just amateurs. The first display presented at least one picture by each participant. Out of ~70 people working at EDC at that time, 15 brought their pictures for the display, and there was only one corridor with 20 display frames.

The following displays, initially held every 3-4 months, were preceded by brainstorming sessions involving all participants. The topics of discussion were display subjects, photos to be shown – their frame, colours, style, etc. It was very creative and interesting to see how differently the same picture could be ‘felt’ by different observers.

EDC has grown significantly since that time. The current headcount is a four-digit number – new buildings have been populated, new hallways decorated. We now have over 100 displays at 5 locations (in 4 different buildings).

It’s still extremely nice to visit other buildings and see what’s new on the walls, have discussions with other photographers and colleagues while looking at the pictures. People are proud of their work, the gather all kinds of experience, and grow stronger as a team. This initiative is very rewarding in a busy daily life.