The US Ambassador visits EDC 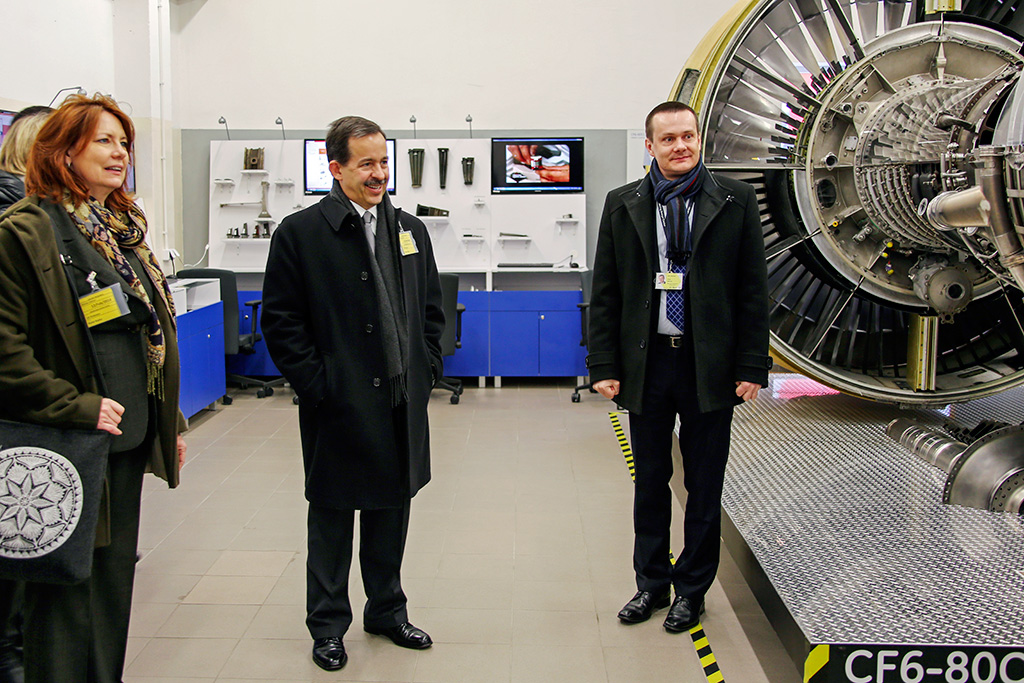 The meeting was a great opportunity to present the Institute of Aviation’s achievements and a chance to discuss Polish-American co-operation. At the beginning Leszek Rams, WIA Infrastructure Director talked about the mission and the main Polish investments. He pointed out the role of the strong partnership with General Electric. The topic was continued by Marian Lubieniecki, GE Oil&Gas Business Manager, who described the history of Engineering Design Center, the birth of four GE businesses in Poland and underlined the significance of highly qualified and experienced employees.

The second part of the meeting was dedicated to the research area. Professor George Osypowicz, the Chairman of Foundation for Innovations Exchange in Science and Technology, talked about the Polish-American co-operation with students from The Ohio State University. He also informed that in May 2014 there will be a conference in Columbus, Ohio, organized together with the Institute of Aviation, to discuss further ideas and plans for scientific and technological development. The Ohio State University students who are currently staying in Poland for a traineeship also took part in the meeting.