Sejm in Poland (the lower house of the Polish Parliament) has just passed an Act on Renewable Energy Sources (RES), implementing new rules supporting green energy. One of the most significant changes in this law will be the introduction of an auctioning scheme instead of a quota-and-certificate scheme. Within this, the Polish government will set annual targets for additional renewable energy and open auctions for energy producers. The lowest priced electricity bid will win with the winning party will receiving a 15 years feed in tariff. The auctions will be organized separately for small (> 1 MW) and larger (<1 MW) installations.

How will this new piece of legislation in Poland affect investors and green technology suppliers? The renewable energy sector has been waiting for this law for almost four years. The new legislation sends a signal to investors that there is a will to further develop renewable energy in Poland and that it can contribute to the much-needed modernization of the domestic energy sector. 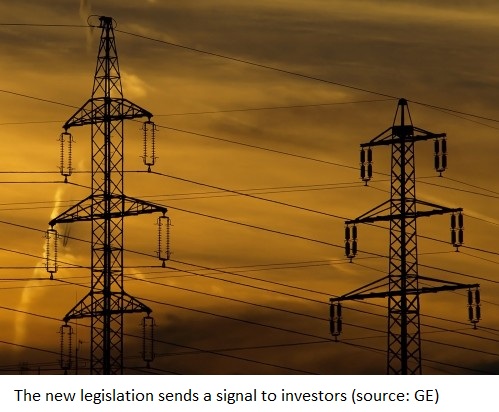 The auctioning system introduced in the legislation is designed to promote the most mature renewable energy technologies. Wind power can definitely contribute to fast renewables growth in Poland. It is important, however, to draw from the experience of other markets, such as the Netherlands, to avoid a slump in new capacities added to the power system. One measure that would help Poland transition through the changeover is the transition period in which the investors would be allowed to choose the system they want to operate under. This happened, for example, in Great Britain where there is an imposed two-year transition period. In Poland, unfortunately, the amendment proposing a six-month transition period has not made it through Parliament so far.

The bill is now being processed by the Senate – the higher chamber of the Parliament. It is expected that it will be approved by the Senate in the first quarter and implemented after the President’s signature.

The investment in the deep modernization of Poland’s energy generation sector is necessary, as the country needs to replace its aging and high-carbon energy infrastructure. Modernization of the heating sector into highly efficient cogeneration, and deployment of renewable energy sources can greatly stimulate the pace of this development process.

It is also necessary to step up support for efforts aimed at improving energy efficiency in sectors where such action is possible. To this end, one should reasonably prolong the white certificate scheme – the relevant bill is currently being prepared by the government.