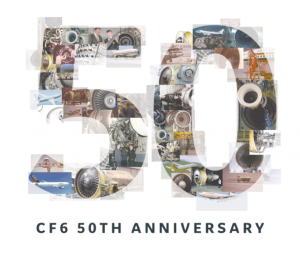 Last week, we celebrated the 50th anniversary of GE Aviation’s CF6. That engine redefined the commercial aviation putting new standards of thrust and fuel efficiency, enabling airlines to deliver economies of scale to the traveling public in XX century. Its proven reliability and continuous improvement in performance and economics have made it the preferred wide-body powerplant in both commercial and military applications across many decades. Powering 10 aircraft applications and 25 variants, the 8,500+ CF6 engines that entered service have accumulated more than 460 million flight hours and 129 million cycles!

EDC office has a very rich history of supporting this turbofan engine since the site establishment in 2000. During this time CF6 helped to develop multiple engineering & business skills and positions.  “I am personally very happy and proud that I can lead the team of professionals, who work on that exceptional engine” – said Marcin Wasilewski, the EDC CF6 Section Manager. “Over the last 21 years, our engineers have worked on many CF6 design improvements, supporting engine production, operation & overhaul. With growing site ownership, team members became responsible for systems design, engine integration with airframer or engine cost, including CSA contracts, making a big contribution into overall GE Aviation business” – he added. 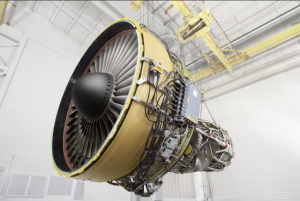 EDC continues to support the CF6 engine.  The new versions of it are still produced and, additionally, GE Aviation’s TrueChoice™ offers a range of overhaul, repair and used material choices to meet the needs of operators around the world to maintain their CF6 engine fleets.

The legendary engine continues to be a workhorse for the commercial aviation sector, including powering air cargo operations on passenger aircraft converted to freighters, as well as dedicated freighter airplanes.

If you would like to know more about the history of that extraordinary turbofan, click here.  We also encourage you to watch 2 CF6 videos: 50 Years in 50 Seconds and the Power of the CF6 and Birth of CFM and take a trip down memory lane with a CF6 photo history!