The successful 1 hour, 40-minute flight took off from and landed at the Berlin Airport. The Catalyst™ engine’s program was officially launched in 2015. The first run of the Catalyst™ engine on the Flying Test Bed began in December 2020. In parallel, GE Aviation Turboprop also delivered its first flightworthy engine to its launch customer, Textron Aviation, for the single-engine turboprop Beechcraft Denali. To date, 16 test engines have accumulated more than 2,600 hours of operation in ground tests and completed four certification tests. 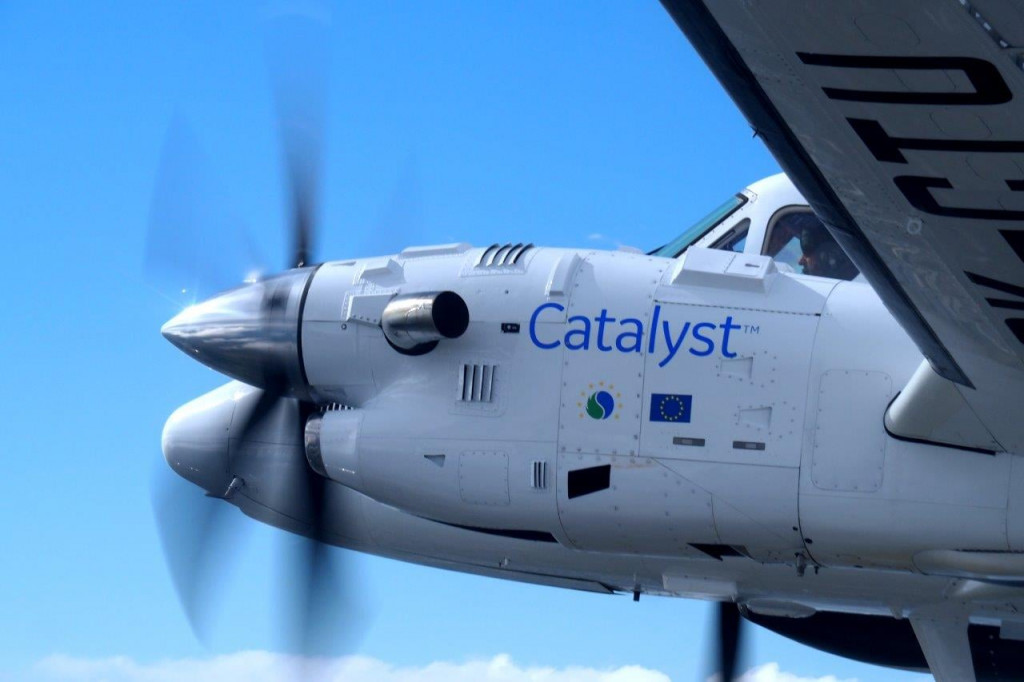 “We are very pleased by this successful first flight and proud of our team of outstanding professionals and specialists from all over Europe,” said Riccardo Procacci, CEO & general manager of Avio Aero and GE Aviation Turboprop Engines. “The Catalyst first flight opens a world of opportunities in the business and general aviation market with our launch customer at Textron Aviation, but also in the defense space for applications like drones and trainers. It can be, in addition, a super-efficient core that can pave our way towards hybridization of flight.”

“This is a tremendous moment for the Catalyst engine,” said Paul Corkery, general manager of GE Aviation Turboprops. “It is the result of huge efforts by our brilliant team to bring this engine out of the test cell and onto the King Air Flying Test Bed. We’re very encouraged by preliminary data from the first flight, and we’re looking forward to continued flight testing on this revolutionary turboprop engine, alongside our launch customer, Textron, that is heading the same way with their Beechcraft Denali prototype.”

As the first turboprop fully designed, developed and built in Europe in the last half-century, the Catalyst engine is an ITAR-free product also available for military applications.  Hundreds of people in Europe were involved in the program. Polish engineers from EDC were responsible for the design of high- and low-pressure turbines, the compressor, bearings, sumps and engine systems, like secondary air or lube system. „We are really excited and moved to see our engine in the air. Many of us have been in the program from the beginning and this day was a culmination of the last 6 years of our work. This is a fantastic achievement” said Janek Biskupski, Catalyst Systems Leader based in Warsaw. 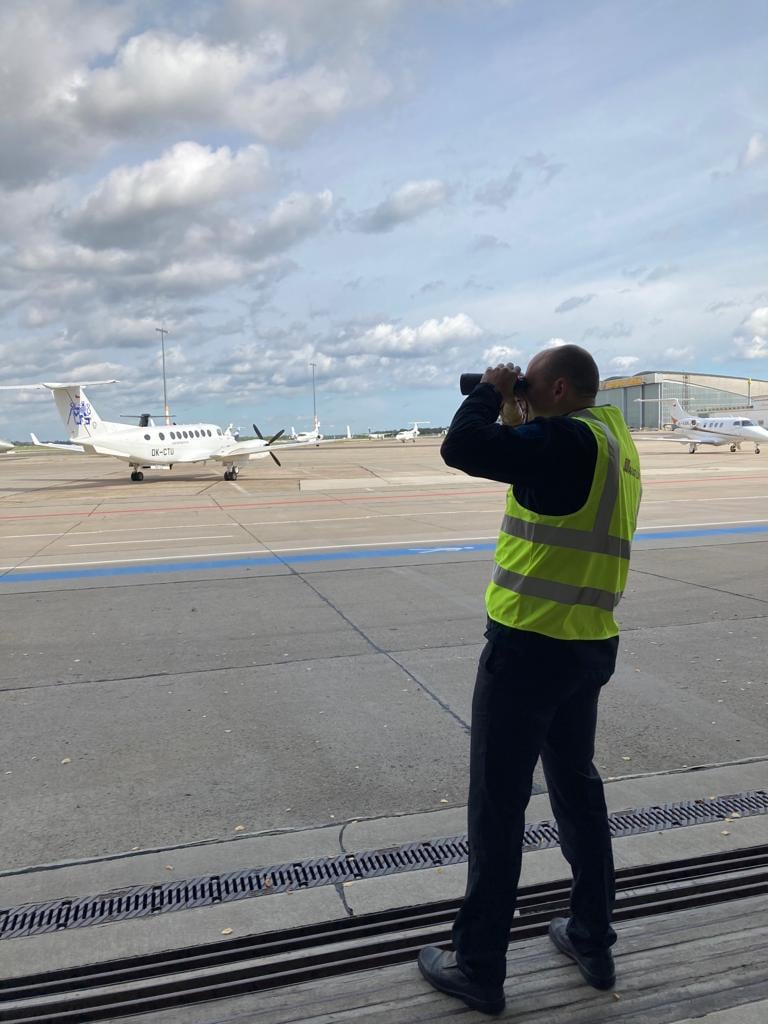 The Catalyst™ engine went through the most extensive certification testing ever for a turboprop engine in the business and general aviation segment. The engine is GE’s first modern Full Authority Digital Engine Control (FADEC) controlled turboprop, aimed to service the 850 -1600 SHP range. The FADEC is able to deliver a jet-like, single-lever power and propeller control and reduces pilot workload while providing a greater level of control and responsiveness.

“The first flight was very successful. I must say, everything went flawlessly,” said Sigismond Monnet, Chief Test Pilot. “We actually flew longer than planned, and the engine performed as we expected. I look forward to proceeding with the flight test campaign and expanding the Catalyst’s flight envelope.”

The Catalyst™ engine is an original turboprop design to deliver a step change in performance and is the first turboprop in the aviation history made with 3D printed components. The engine features an industry-best 16:1 overall pressure ratio, enabling the engine to achieve as much as 20 percent lower fuel burn and 10 percent higher cruise power compared to competitors in the same size class.

GE entered the Polish market as an investor in 1992. In addition to the Warsaw Engineering Design Center (EDC) – an alliance between General Electric and the Łukasiewicz Research Network – Institute of Aviation, GE manages in Poland such facilities as aircraft engine factories in Dzierżoniów and Bielsko-Biała, the Polonia Aero laboratory in Zielonka, a turbine factory and a foundry in Elbląg, and a generator factory in Wrocław. LM Wind Power, based in Goleniów, which produces blades for wind farms, joined the GE Group in Poland in 2019. Since the beginning, GE’s investments in Poland have amounted to 670 million USD, and annual research and development expenditure is approximately 100 million USD.

EDC is one of the largest technology centers in Europe. It combines 100 years of innovation created by General Electric with Polish technical thought and scientific background provided by the Łukasiewicz Research Network – Institute of Aviation. EDC brings together experts working for aviation, gas energy and renewable energy, who create innovative solutions for the industry. Many of the devices that are designed by EDC teams are located in industrial plants in Poland, and world-class aircraft engines designed in Warsaw are used, among others, by the Polish national carrier PLL LOT.

You can download the information in Polish using this link. 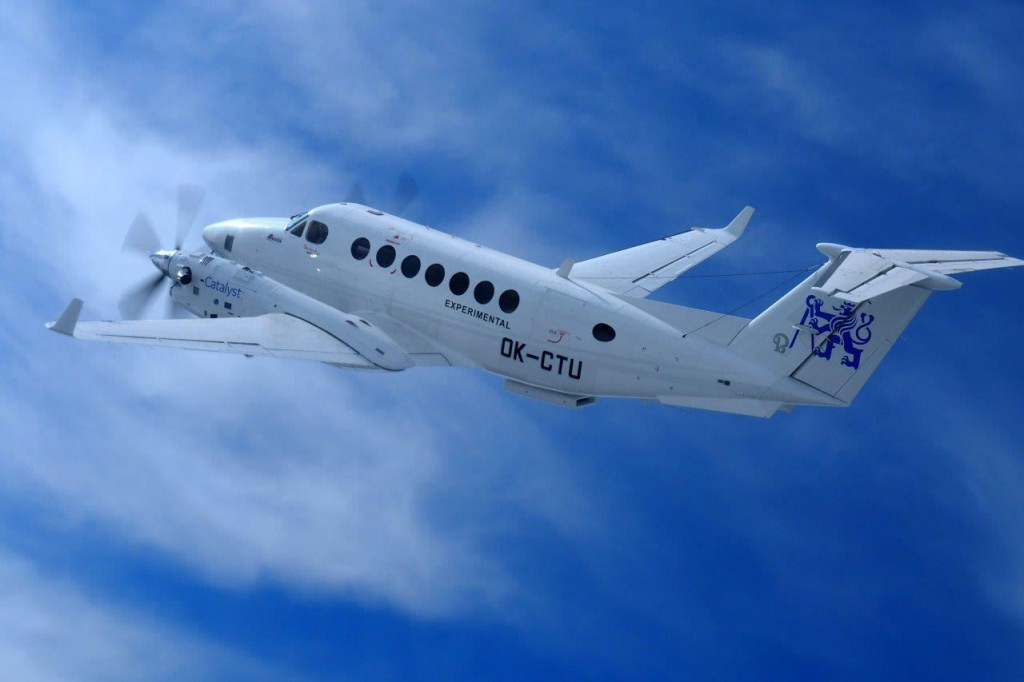 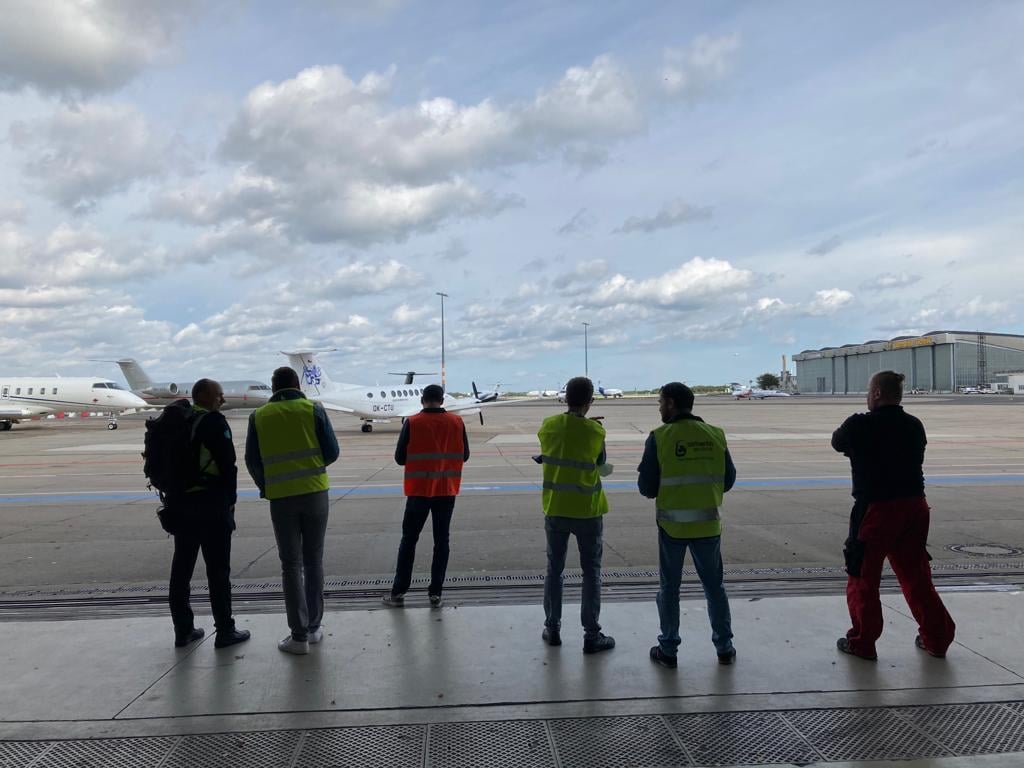 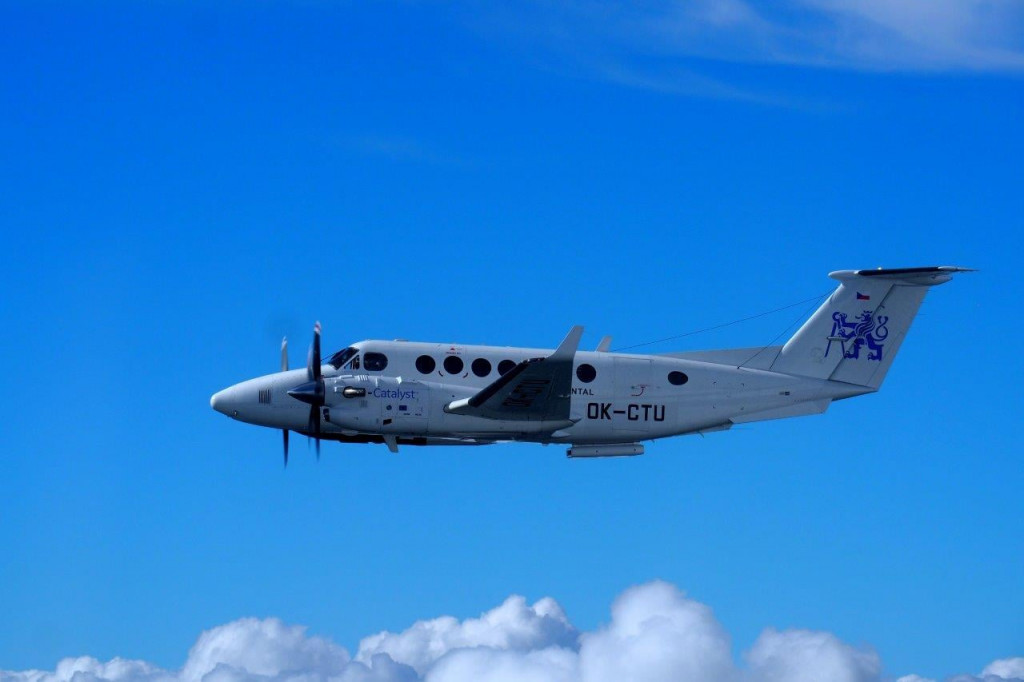 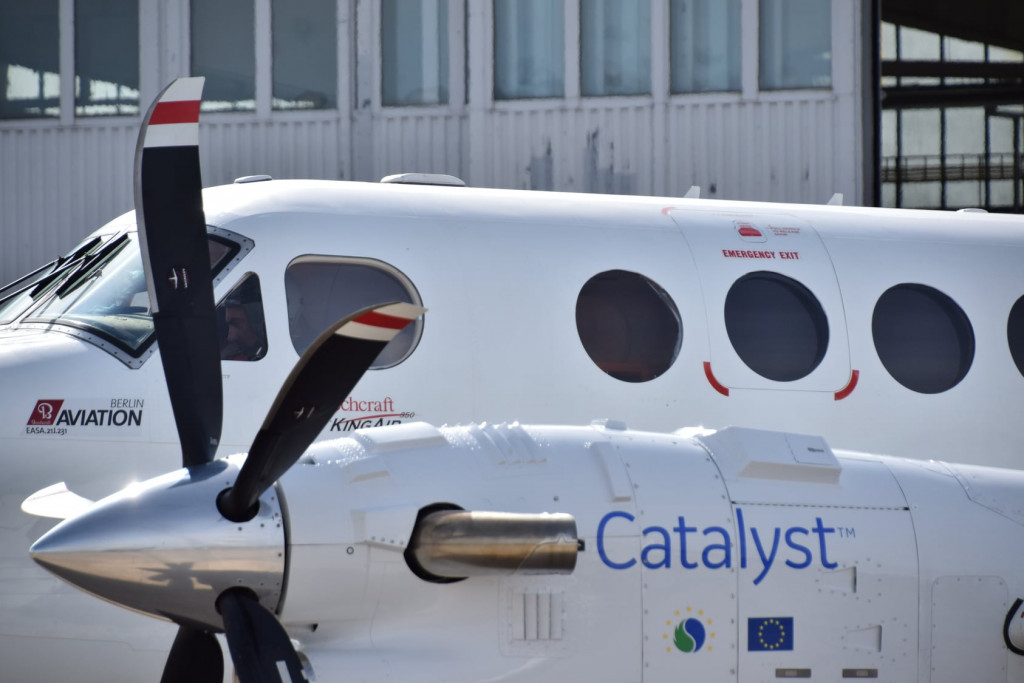 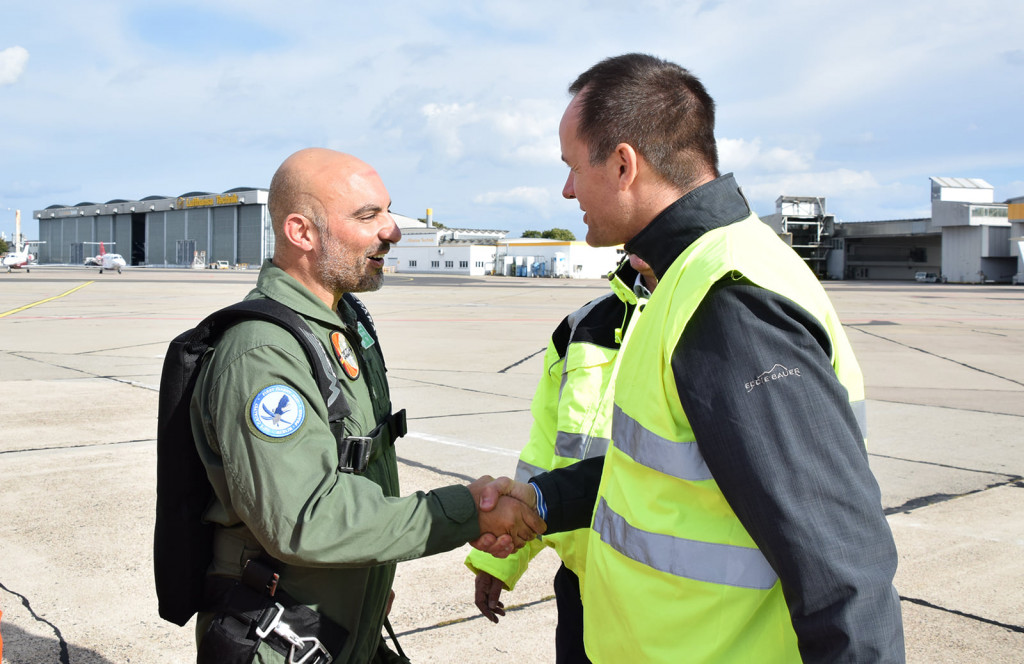