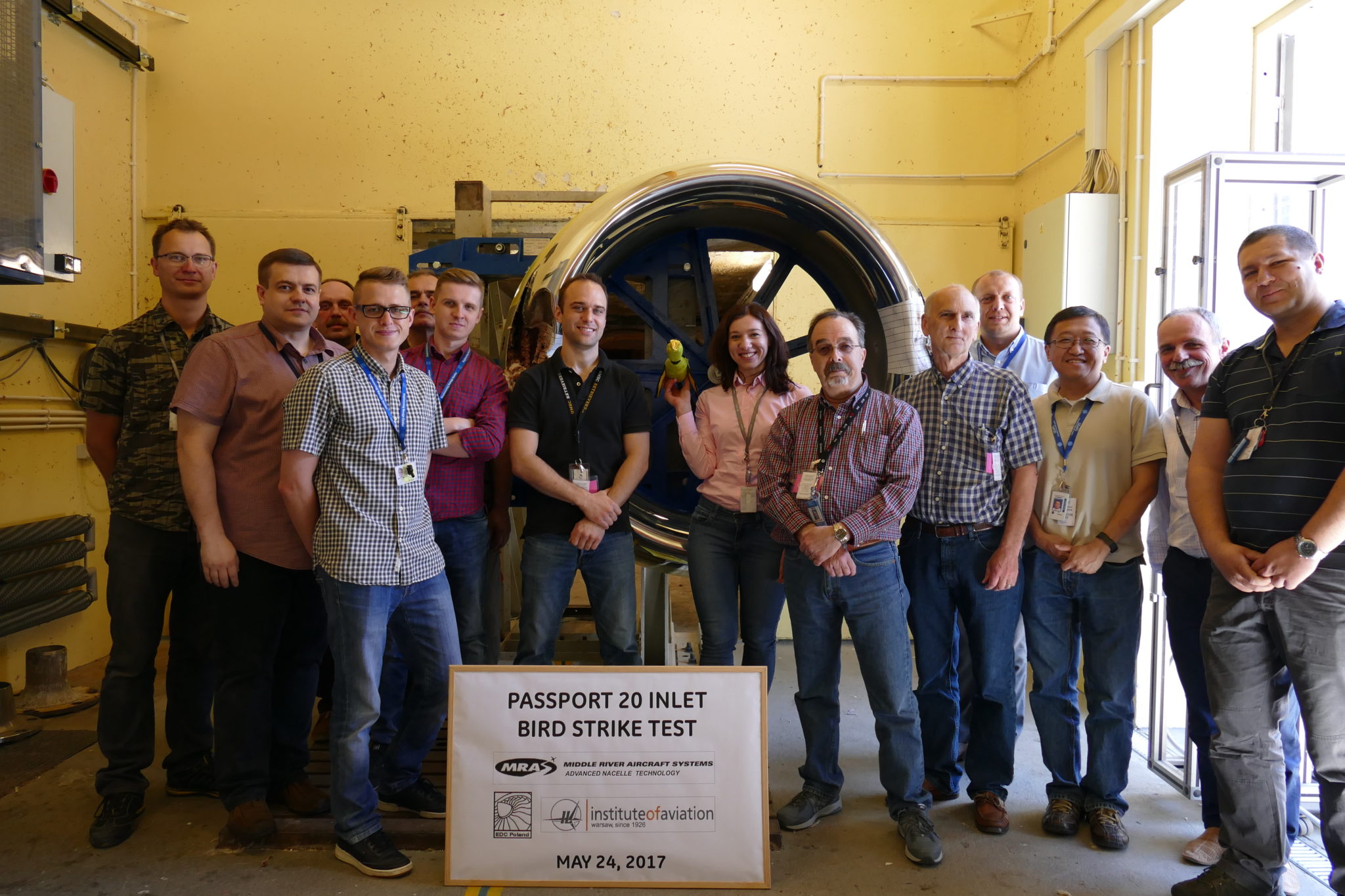 A big day for EDC just took place on May 24th, 2017, after over 28 months of preparation. Together with Middle River Aircraft Systems (US, Baltimore) EDC (GE Aviation Systems + Warsaw Institute of Aviation) successfully accomplished the first Bird Strike Certification Test lunched at EDC. This is a great achievement and a huge milestone proving that EDC is fully capable of executing such tests, starting from the very beginning (concept) through design and preparation level (complete test plan), up to final shots and test reports.

The bird strike impact testing facility simulates the effects of an airborne bird strike and the resulting damage to aircraft components (in this case Inlet). Experts in our bird strike lab simulate strikes using a specially-made cannon that can launch birds of weights of up to 4.5 pounds flying ~155 m/s, and use high-speed video cameras to record test execution. Obviously, higher parameters are available with no bird-type bullet.