EDC celebrated the first ever Digital Day on April 5th 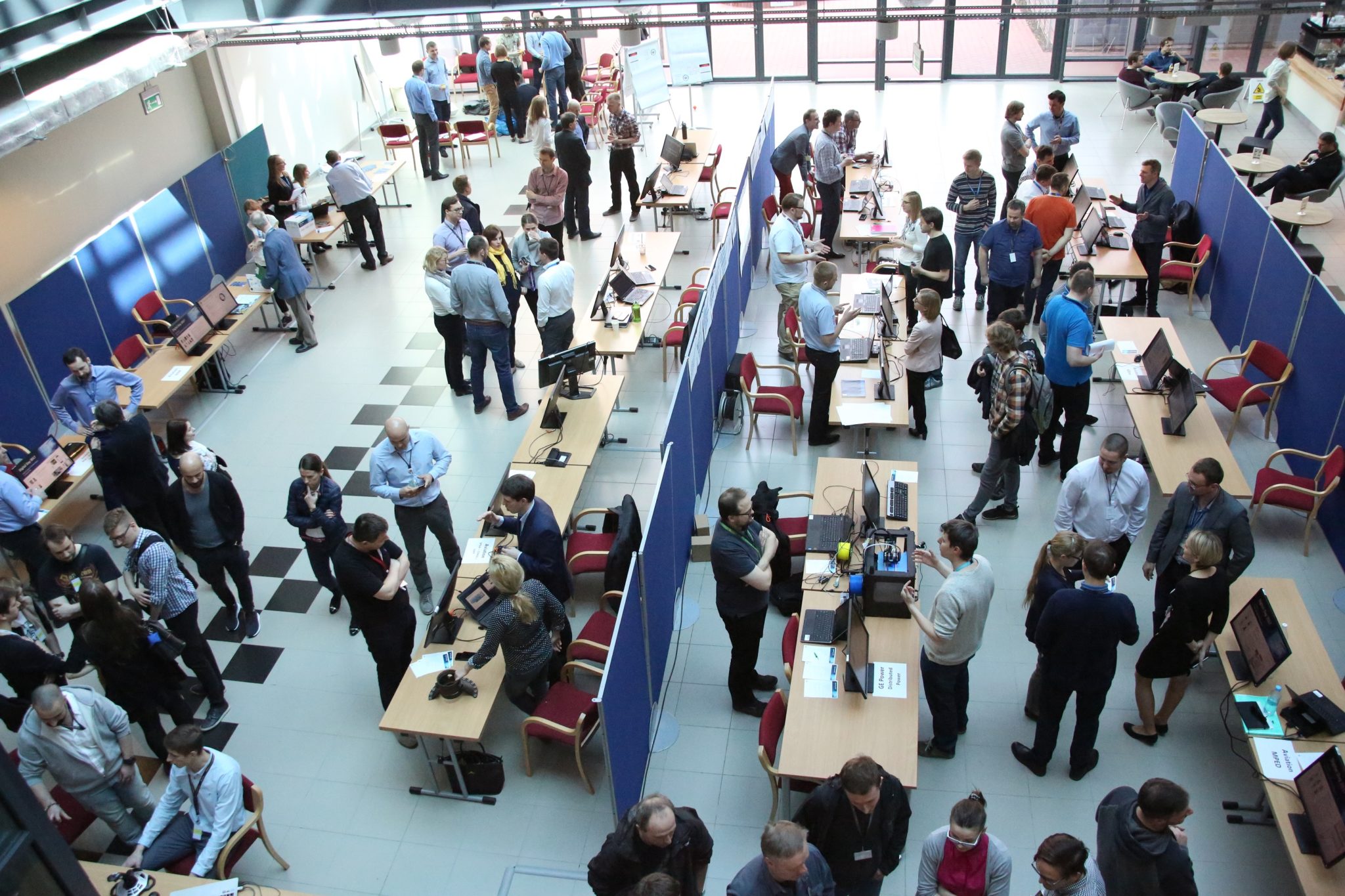 On Wednesday, April 5th Engineering Design Center organized the Digital Day 2017 open house event. Thanks to the multidisciplinary nature of our site every GE business present at EDC (Aviation, Power, Oil & Gas, Transportation, Additive, and Digital) had its own exhibition. Every employee could drop by to meet and talk to their representatives – engineers digitalizing the industrial world – and see how GE and EDC have switched onto the digital industrial track.

The special attraction presented by the Aviation Digital team was a ball game. Apart from loads of fun during the game, the aim of it was to present the advantages of the Agile approach to project execution, and teamwork at its best. Many attendants who joined the game were surprised by the effectiveness of this approach.

In addition to that, the visitors could also join two interesting tours. The first one led to the Oil & Gas Control Systems Lab, a facility used by the Subsea Controls teams, the main activities of which are related to supporting subsea controls software development, service and acceptance tests, and subsea controls hardware design including tests and prototype manufacturing. The second tour, to the EDC Datacenter, was an opportunity to visit the biggest GE-owned High Performance Computing cluster in Europe, and see the LEDs blinking for over 500 servers. There was also a contest with a special prize to win.

Many thanks to all EDC employees who helped organize this event, and to all attendants for joining!