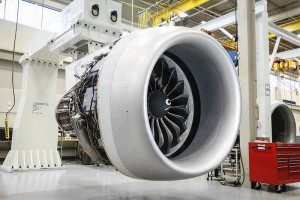 During a summer day in 2016 PEGASUS Airlines started its first commercial flight on brand new A320Neo powered by two LEAP-1A engines. Later Boeing introduced to the market B737 Max powered by LEAP-1B variant of the GE engine. From the initial flight both types of engines logged more than 10 million hours of flight!

EDC engineers have been responsible for the development of various components of this engine since the very beginning. “This was possible because of the great engineering talent we foster at EDC” said Szymon Piwowarski, who is leading LEAP engineering team within Engineering Design Center. “The fleet of LEAPs is growing. We will keep developing, building and delivering, so that our families, colleagues and people from all around the world can travel safely wherever they want” he added.

Congratulations to the whole LEAP Team for the last five years of their impact on the program.