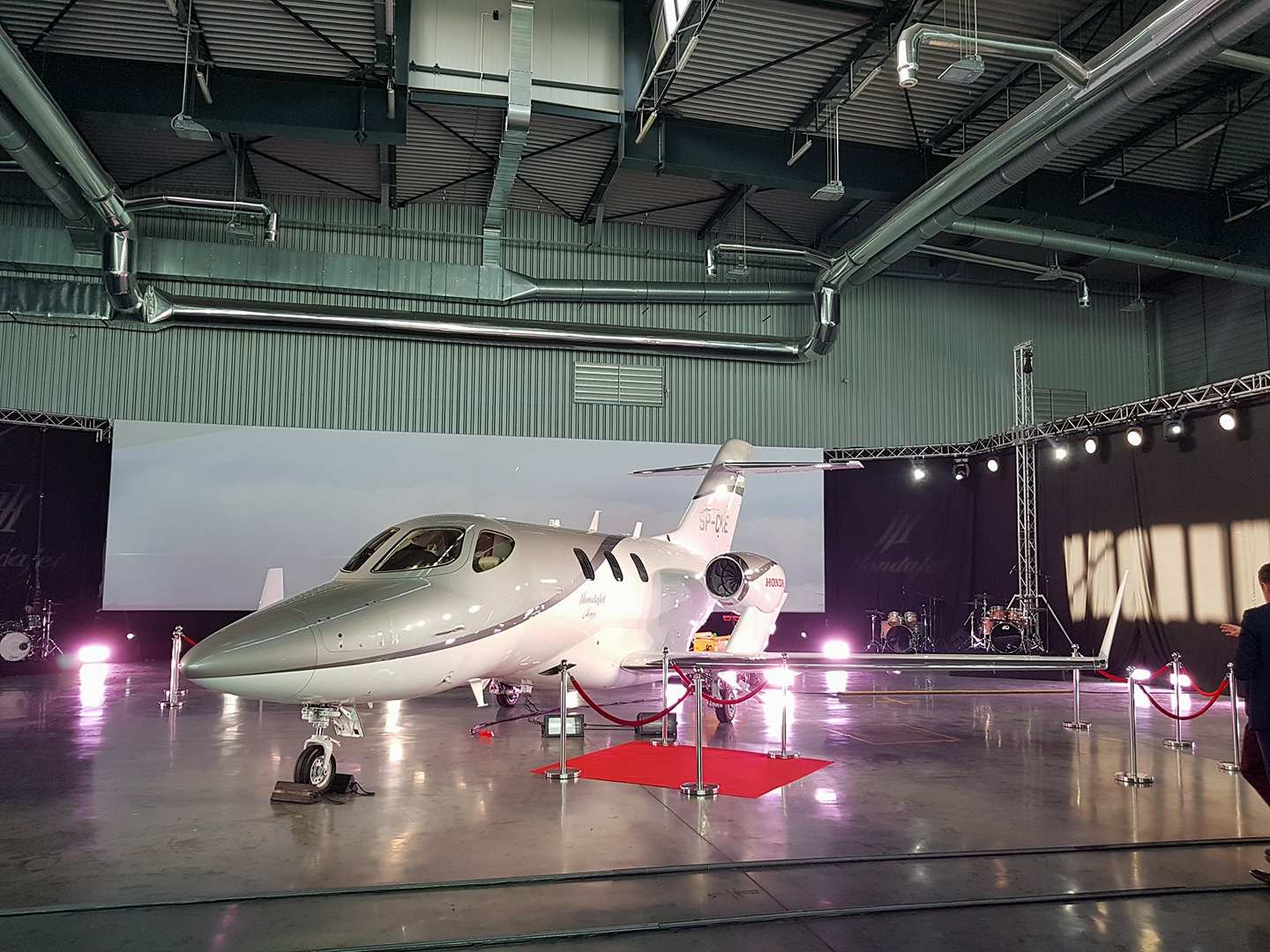 On Thursday, April 12th, the first Eastern European HondaJet with GE Honda HF120 engines, designed also by EDC engineers, was presented during the official appearance event at the Chopin-Warsaw Airport. Our engineers made significant contribution to the engine design. What’s more they provide continues engineering support to the engines of the whole HondaJet fleet.

“I’m proud that EDC engineers have contributed to the creation of a turbojet engine for one of the most modern units in the private aircraft category. They are specialists of the highest class, appreciated all over the world, what again was confirmed in this huge complex project.” – says Marian Lubieniecki, EDC Site Leader.

Thanks to the advanced technology of the GE Honda Aero HF120 engines, the HondaJet flies higher (Maximum Cruise Altitude 13 136 m) and faster (Maximum Cruise Speed 781 km/h) than its direct competitors. Those engines allow shorter flight time, ultimately reduced flight costs and they helped to reduce vibration and noise in the cabin.